Has the Sony A1 FAILED Already? 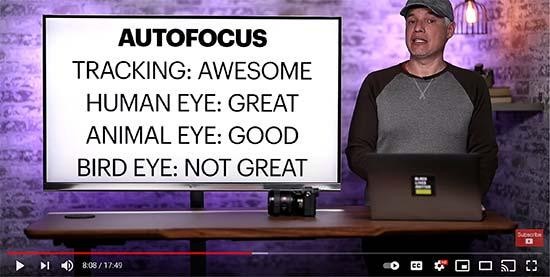 The Sony A1 was only announced last week, but it has already started to appear in the real world, most notably in the hands of a few influential US-based YouTubers.

There's seemingly a February 4th deadline for sharing image and video samples, so expect a deluge of new Alpha 1 content to appear on Youtube in two days time.

Meanwhile, despite only having the camera for 36 hours, that hasn't stopped popular Youtuber Tony Northrup from delivering his verdict on every key aspect of the A1's performance.

He covers everything that potentially elevates the Sony A1 above its main rival, the Canon R5 - including 8K overheating, 30fps burst shooting, bird eye-AF, the electronic viewfinder and more - and it's fair to say that his initial verdict is rather "mixed".

Most notably Northrup claims that the Sony A1 overheats and shuts-down after just 16 minutes when recording 8K video, which is even worse than the much-maligned Canon EOS R5.

This is far short of both the provisional 30 minute limit that Sony promised at the launch of the Alpha 1 last week and the R5's 20 minute limit.

Apparently, the A1 can record 8K video for almost 80 minutes with the temperature limit set to High, rather than standard, so maybe the overheating issue isn't quite as serious as Northrup first claims.

Another great new feature on the Sony A1 is 30fps burst shooting with the electronic shutter, making it the fastest camera on the market, but Northrup found in his testing that it only actually delivered 30fps with non-moving subjects.

This doesn't compare particularly well to the Canon EOS R5, which Northrup claims always shoots at 20fps, regardless of if the subject is still or moving.

Furthermore, the A1 is apparently hard-coded not to shoot at faster than 15fps when using it with non-Sony lenses. It's not clear if this is a technical or marketing-led limitation at this point.

The Sony A1's real-time AF is "awesome", Human Eye-AF is "great", Animal Eye-AF is "good" and Bird Eye-AF is not great.

Bird Eye-AF, a brand new feature for both the A1 and Sony Alpha cameras in general , is "not great", only occasionally finding the eye. With some birds it always finds the eye, but with others it never finds it.

Northrup asserts that it's simply not reliable enough to use, and that he got more reliable results from using real-time AF tracking with the the centre focus point and reframing the image to get the desired composition. Faint praise indeed.

Ultimately Northrup much prefers the Bird AF feature on the Canon R5, so if bird photography is your main passion, you may want to opt for the Canon camera instead of the Alpha 1.

Indeed, his overall summary is that the Canon R5 and Canon R6 offer better all-round autofocusing than the shiny new Sony A1.

The Sony A1 suffers from a multitude of handling issues, including three useless Function buttons, a poorly-positioned C3 button that's too easily pressed accidentally, so much so that you have to disable it entirely, a "dumb" menu system that's still too confusing, and the fact that the LCD screen doesn't tilt to the side is a "huge drawback".

It's still very early days for the Sony Alpha 1, but the first verdict from Tony Northrup isn't entirely promising. Maybe some of the other Youtube stars will deliver less damning reviews later this week...