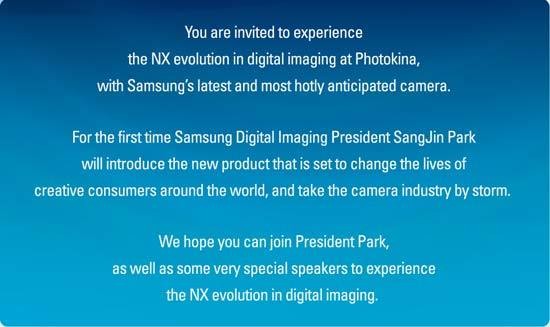 Samsung are set to unveil a new NX-series digital camera that will “change the lives of creative consumers around the world”. In an invitation sent out to members of the press, the as yet un-named Samsung NX camera will make its debut on September 20th at the World’s biggest photo fair in Cologne, Germany. Introduced by Samsung’s Digital Imaging President, SangJin Park, the new product will boldly “take the camera industry by storm”. Samsung released the first model in the NX-series, the NX10 camera, earlier this year, to widespread critical acclaim.