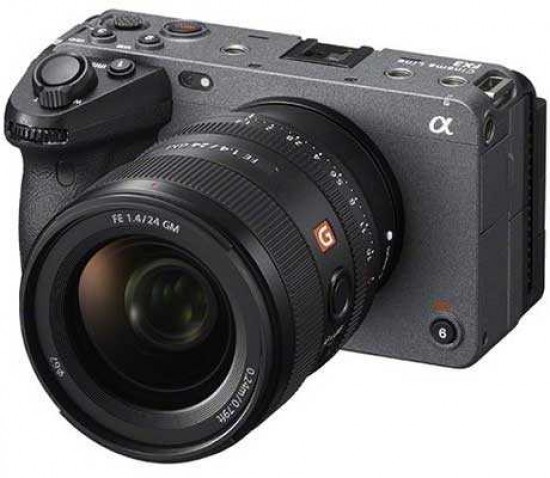 Yet another new Sony camera, the cinema line FX3, has broken cover thanks to serial rumour-mongers Nokishita. Hot on the heels of last month’s Alpha 1 comes the more video-specific FX3 (ILME-FX3), which looks a lot like Sony’s Alpha 7C full-frame mirrorless camera on steroids.

This new camera unusually follows the FX naming convention that Sony reserves for its cine cameras, but also has the Alpha logo on the front, as well as using the obvious Alpha form factor. Are Sony merging the two line-ups into one relatively tiny, movie-making machine?

Sonyalpharumors certainly seem to think so, as they’re already speculating that the FX3 will be capable of shooting UHD 8K video and oversampled DCI 4K and HFR UHD 4K, which if true will make it just as capable as the Alpha 1 and even better appointed than the A7S III.

Update: SAR are now suggesting that the FX3 will only have 4K/120p recording, not 8K, and that it will have a single CFexpress Type A card slot like the A7S III and Alpha 1. They even have a price - €3,795.

Update 2: YouTuber Gaston Shutters has revealed that the only FX3 is essentially the same as an A7S III in terms of its specifications, just in a smaller form factor. So it will have the same 12 megapixel sensor, 4K/120p video, IBIS with active mode, and use the familiar NPFZ 100 battery. It won't have an ND filter like the other Sony FX-series cameras.

Update 3: Sony have now launched a teaser video for the launch of the FX3 on their YouTube channel. The official announcement will be on February 23rd at 3pm GMT / 4pm CET.

It’s pictured with the excellent Sony FE 24mm F1.4 lens, which as well as indicating that it’s a premium product, confirms that it has a 35mm full-frame sensor.

In terms of its design, there’s a chunky hand-grip on the front which looks very like the one on the A7S III, and what looks like Sony’s usual 3-inch 1.44M dot fully articulating screen on the rear, but no viewfinder of any kind.

Curiously, there’s also a joystick on the top-panel of the FX3, rather than on the rear, next to the movie-record button, which is definitely the first time that we’ve ever seen it located there on any camera.

There are also three standard tripod screws on the top-panel which will allow the FX3 to be rigged.

What isn’t clear yet is if the FX3 will have a built-in variable ND filter or Sony’s Steadyshot image stabilisation system (IBIS).

Obvious rivals to the new Sony FX3 include the Canon EOS C70, Blackmagic Pocket Cinema 4K and 6K, and the Sigma FP.

The FX3 has already been registered with the Federal Communications Commission (FCC), which confirms the exact product name shown on the camera body.

Japan's now virtual CP+ 2021 trade show takes place from 25-28th February, so we shouldn’t have too long to wait to find out all the details about the Sony FX3. 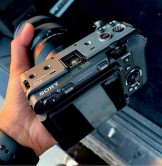