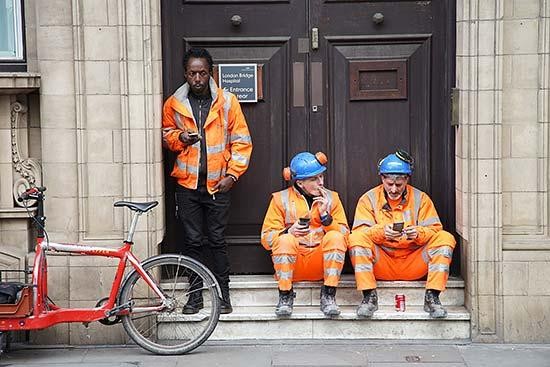 These three lenses combined with the A7 III and Sigma converter make for a compact, lightweight kit that covers a useful focal range of 17-200mm, all with a constant aperture of f/4. Even better, none of these lenses are particularly expensive for Canon L glass, with lots of examples available on the second-hand market.

Out in the field, amazingly all three worked very well with the A7 III, even supporting Eye Focus in Continuous AF mode, one of the new camera's killer functions.

There was one main exception though - the EF 70-200mm F/4 L was a little hit and miss at the 200mm focal length, sometimes auto-focusing almost instantly, sometimes refusing to lock onto the subject and preferring to hunt around without success instead. I used most of the A7 III's available AF modes and Focus Areas to try and avoid this issue, but have come up short so far. I haven't yet tried the Metabones Canon EF Lens to Sony E Mount T Smart adapter, which anecdotally at least is claimed to be more reliable with Canon lenses than the Sigma converter.

Still, I didn't expect to get such a good hit rate from this combination of new camera and old lenses, and if the Metabones adapter improves the performance of the EF 70-200mm F/4 L lens (or if the newer IS version of the lens is more reliable), they certainly provide an affordable way of covering a wide focal range whilst offering great image quality.

The Sony A7 III enables users to capture RAW and JPEG format files. We've provided some Sony RAW (ARW) samples for you to download (thumbnail images shown below are not 100% representative).