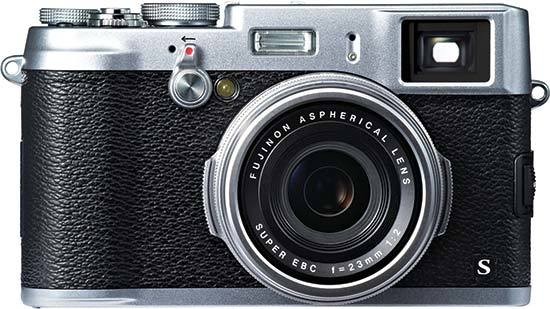 It may look almost identical to the original X100, but the new X100S includes so many improvements, particularly to its operational speed, that it definitely feels like shooting with an entirely new camera. We were sceptical about what the X100S would offer and whether it could tempt X100 owners (ourselves included) to upgrade, but after actually using the X100S for a prolonged period of time we're more than interested in trading up. That capital "S" in the name really does stand for Speed, making the X100S a much more well-rounded camera than its predecessor.

The X100S now offers a compelling mix of intuitive handling, impeccable image quality, a truly innovative viewfinder and quick performance. It's still something of a niche product - by its very nature a retro-styled, film-inspired 35mm fixed lens camera with a leaning towards street photography will limit the X100S's natural audience, along with the rather eye-watering price-tag - but Fujifilm have managed to address virtually all of the major criticisms of the first-generation model. So if you were interested in the original X100 but were put off by widespread reports of the slow autofocusing and processing times, the X100S is here to redress the balance.

Fujifilm haven't simply taken the X100 and made it faster, though - the new X100S includes a number of additional features that make it even more of a pleasure to use than the original. The innovative Digital Split Image and Focus Peaking options make manual focusing more of a joy than a chore, helped in no small part by the revised fly-by-wire focusing ring, the electronic viewfinder is much improved in terms of resolution, and the Q button makes accessing the camera's key controls much easier.

All of this would be nothing if Fujifilm had ruined the camera's image quality by upping the megapixel count from 12 to 16, but thankfully the X100S still scores a bullseye in terms of the photos that it produces. Noise is noticeable only by its almost complete absence throughout the ISO range of 100-25,600 for both JPEGs and RAW files, and the removal of the optical low pass filter produces slightly more detail in the image. The 23mm lens is sharp from the center to the edges, while the F/2 maximum aperture makes it easy to creatively throw the background out of focus. The X100S is easily the equal of the best APS-C sensor cameras on the market.

There's no denying that £1099 / $1299 is a lot of money to pay for a compact camera with a fixed lens, but the Fujifilm X100S offers so many improvements that if you ever found yourself looking longingly at its predecessor, there's very little reason not to take a much, much closer look at this new version. Quite simply the new Fujifilm X100S is one of the best cameras that we've ever reviewed and joins its illustrious predecessor as a worthy winner of our coveted Essential! award.