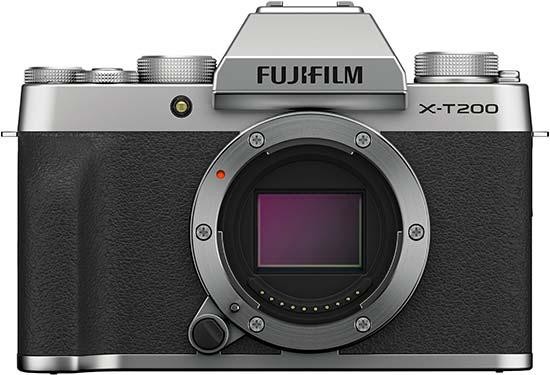 The new Fujifilm X-T200 improves further on the blueprint of the previous X-T100 model, occupying the middle ground between the entry-level, beginner X-A7 and the higher-end, more enthusiast-focused X-T30. It successfully combines the largely touchscreen driven, beginner-friendly controls of the X-A7 with the electronic viewfinder and mini-DSLR styling of the X-T30.

The addition of the large 3.5-inch, 6:9 ratio touch-screen, inherited directly from the X-A7, makes it even more appealing for smartphone users looking to buy a "proper" camera. The much-needed improvements on the video side, now supporting 4K at a decent frame rate and with slow-motion 1080p, digital gimbal and HDR video modes, all combine to make the X-T200 an even more enticing proposition than its predecessor.

Image quality is very similar to the X-A7 camera that we recently reviewed, that is to say very good, with both using a more conventional Bayer sensor rather than the more premium X-Trans sensor used in the higher-end X-series models. Whilst some would-be buyers may be put off by this, we're happy to report that image quality isn't a major differentiator.

The XT200 also continues to ship with the same XC 15-45mm f/3.5-5.6 kit lens as the X-A7 and previous X-T100, which we like a little less thanks to its rather cumbersome operability - you'd be better off buying the X-T200 body-only and picking up a used XF 18-55mm lens or pairing it with one of the small f/2 XF prime lenses or the recently introduced XC 35mm F2. Having said that, the new X-T200 Vlogger's Kit does look like very good value for money if you're more heavily into shooting video.

The Fuji XT200 continues to be the cheapest X-series camera to feature an electronic viewfinder, probably the main reason why you'd opt for this model rather than the LCD-driven X-A7, the other being the more retro DSLR-styling. And with the major improvements made to the video specs, there's even less reason to jump up to the X-T30.

Other than price. At the time of writing, the X-T30 body is roughly the same price as the X-T200 kit, thanks to already being on the market for a year and to an unwelcome £$100 increase in the X-T200's launch price compared to the X-T100. The X-A7 kit is £$150 cheaper, so if you're happy with a non-EVF, all touchscreen user interface, go for the X-A7. We'd expect the X-T200's price to gradually drop, but for now it's quite tempting to either upgrade to the X-T30 or stick with the simpler X-A7.

If you can look past the price-tag, though, the new Fujifilm X-T200 is an even better step-up camera than its predecessor, successfully bridging the gap between complete beginner and more experienced enthusiast without too many compromises in either regard.