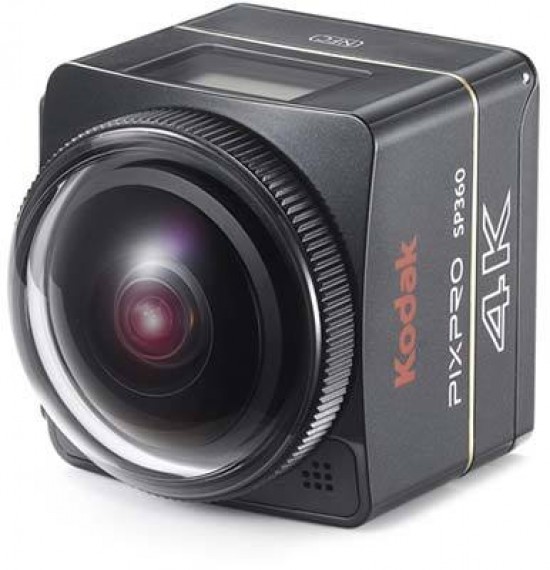 As we concluded when we took a look at the Kodak SP360 4K’s plain old Full HD shooting predecessor (the SP360) from 2014, don’t expect well-framed consistent results reminiscent of a DSLR; this is more about the fun of it. And that summation is equally applicable to this newer iteration. Still images suffer from colour inaccuracy, lens flare and occasional over exposure, but most of those can be put down to its relative lack of sophistication and spherical nature of its captures. Once again, shooting video is much more forgiving than shooting stills – we’ve the added distraction of sound for one, plus pin sharp detail is not as crucial – while the Extreme Pack with a bunch of accessories to affix the camera to various surfaces feels better value at a UK suggested £399 than buying the standalone unit, lens cloth, rubber lens protector, and charger alone at £339.

We had a few groans over the small, fiddly buttons on the cube-like device when in use, and a lot of initial back and forth and trial and error to find the settings we wanted. There’s also the fact that it’s a case of point and hope when using the Kodak SP360 4K itself (unless using a smartphone as a remote), as there is no LCD viewfinder or review screen on the unit itself, just a function display panel that is fairly rudimentary in its implementation. However, as the capture angle is so wide, you’re probably still going to squeeze just about all you’d imagined into frame. More positively, with this device you’re going to be capturing footage like no other, and that may well be worth – for you – the spend involved. This is not, by any stretch, a general use camera, but one that comes into its own if it slots into your own particular niche. Patience and practice will reap the best rewards.