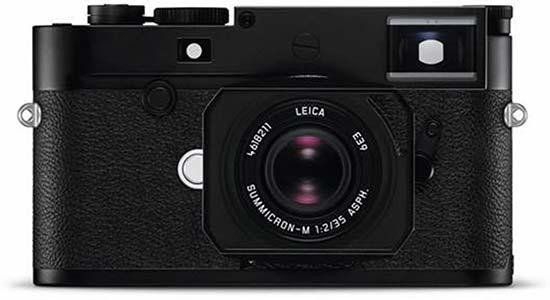 Reviews of the Leica M10-D from around the web.

This new M10-D is the latest M from Leica and I was excited to test it and shoot with it, to see if I still had that love of this minimalist camera. Sure, it is the same camera internally as the standard M10 that I have owned before but it’s also different. The M10 is $700 less as well, and has an LCD. Same sensor, same IQ, same body style. So why on earth would Leica release a body that has LESS and charge MORE and WHO WOULD BUY ONE?!?!
Read the full review »

When I walked into a meeting with Leica and saw the Leica M10-D, it reminded me of the very few times that I gasped with utter and pure excitement in the industry; when Sony announced their radio flashes/transmitter, when Capture One finally started to work closer with Fujifilm, and when Kodak announced that Ektachrome was coming back. And for the most part, I’m writing my review of the Leica M10-D from the point of view of a fanboy simply because I don’t expect most people to understand the camera.
Read the full review »

Leica just unveiled a new M-series digital camera, the M10-D. It’s an exciting blend of Leica’s oldest, most basic technology combined with today’s most modern, most advanced capabilities. It’s a camera with a dual personality, and although that’s not the meaning behind the “D” in its name, it very well could be. Shutterbug spent some time using an early sample before its release. Here’s the rundown on the new M10-D and a hands-on user report.
Read the full review »