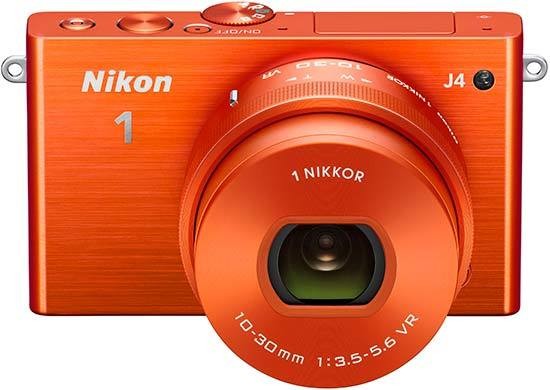 The new Nikon 1 J4 offers a lot of the features from the flagship V3 model at a much more enticing price-point, making it a better-balanced camera that's our pick of the current Nikon 1 line-up.

The Nikon 1 J4 offers many of the key features of its more expensive and bigger brother, the V3, in a smaller, lighter and simpler package that is clearly targeted at people upgrading from a compact. These include the same image sensor, auto-focusing system, 3 inch touchscreen LCD (although it doesn't tilt), continuous shooting speeds, ISO range of 100-12,800, latest EXPEED 4A image-processing engine, built-in Wi-Fi connectivity, and 1080 60p video mode. Unless you really need the V3's mechanical shutter, tilting screen, more refined user interface or accessory port for the optional EVF, there's little reason not to choose the J4 instead.

Utilising the same image sensor as the flagship V3, the jump in megapixels from 14 to 18 has made the resulting images objectionably noisy at ISO 1600, rather than at ISO 3200 as on the J3, especially for the RAW files. 18 megapixels is a little too much for the small 1-inch sensor, despite the removal of the optical low-pass filter. On the other hand, the Nikon 1 J3 has a much more sensible price tag for a camera with such a small sensor than its big brother, making it much more competitive with its main compact system camera rivals, which does go some way to compensating for the slightly inferior image quality.

While the Nikon 1 V3 left us a bit confused about exactly who it was aimed at, the new J4 model is much better suited to its more consumer target audience while offering most of the Nikon 1 series' best features.