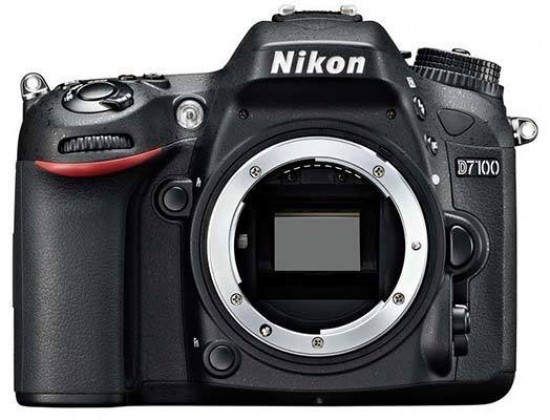 The new Nikon D7100 builds on the considerable success of the 2 1/2 year old D7000 camera principally by significantly increasing the image resolution whilst maintaining outstanding quality for a DX sensor, implementing the same cutting-edge 51-point autofocus system as the flagship D4 pro DSLR, incorporating the same level of weather sealing as the D800, and debuting the the innovative 1.3x crop mode. At first glance it may seem like a modest upgrade of a camera that was ahead of its time, but there are a whole raft of major and minor improvements that add up to make this the one of the best Nikon DX cameras and a worthy successor to the D7000 (which is still considered good enough to remain in the Nikon range).

The D7100's 24.1 megapixel sensor makes it the highest-resolution Nikon DX DSLR, and thankfully that hasn't come at the cost of detracting from the image quality, which is excellent. There's virtually no noise from the base sensitivity of ISO 100 all the way up to 3200, with the higher settings of 6400, 12,800 and even to a lesser extent 25,600 all perfectly usable for smaller prints - very impressive for a 1.5x sensor. Exposure, colour and white balance were all uniformly reliable, with the option of the RAW format if you want to take control. Only the lack of any control over noise reduction using the ViewNX 2 RAW editing software supplied in the box detracts slightly from an otherwise impeccable performance.

In addition to the 51-point AF system, the 1.3x crop mode is the most surprising addition to the D7100, not only increasing the reach of all your lenses, but also widening the autofocus coverage, increasing the burst shooting speed and buffer depth, and allowing 60i/50i movies to be recorded. All good news for sports and wildlife photographers who perhaps don't necessarily need the full 24 megapixel resolution.

Videographers are still well-catered for, with the new headphone jack and stereo sound in particular improving this area of operation. We'd still liked to have seen an articulating screen though - you'll need to consider the cheaper D5200 (or the Canon EOS 60D) if this is one of your must-have features - and the D7100's contrast AF system is still too slow to keep up with fast-moving subjects, accompanied by an annoying whine that's audible in the video. Offering GPS and Wi-fi connectivity via optional accessories increases the potential flexibility of the D7100, but some rivals such as the Canon EOS 6D now more conveniently feature built-in wireless.

In summary the new Nikon D7100 further improves on the already excellent D7000 in several key ways and many minor ones, all adding up to make this the best DX-format DSLR to date. Nikon may be focusing on a full-frame future, but the D7100 clearly shows that they haven't forgotten the cropped sensor market. It may look almost identical to its predecessor, but the Nikon D7100 certainly proves that first impressions can be very deceiving...