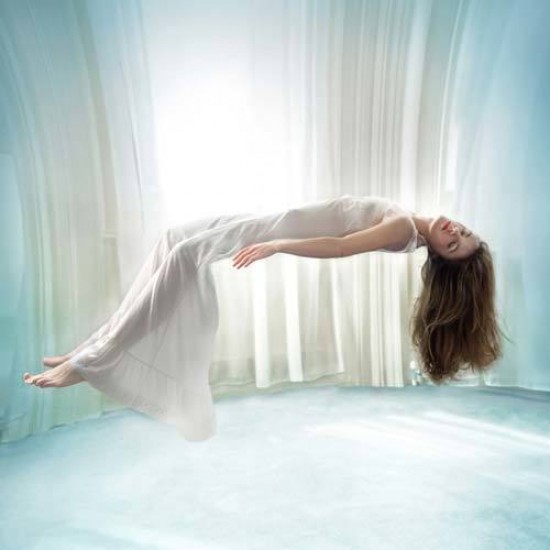 1. Briefly describe a Day in the Life of Natalie Dybisz!

I get up between 8am and 9am, and go for a jog (most mornings) by the sea. After showering and having breakfast, I seem to spend most of my time on my laptop; processing pictures, replying to emails, preparing material for my blog and other website pages, and doing accounts, etc. Some afternoons I will go out and shoot, most often self-portraits, though the occasional collaborative model shoots too. I do intermittent chores throughout the day to take a break from the screen, go to the butchers and supermarket and generally try to take a break often. In the evening I may watch some TV or a film with my boyfriend. I find that I work all the way to late evening, towards midnight, with intermittent leisure activities, rather than designating one definite half of the day for work and one half for relaxation.

2. What is your favourite kind of portrait photography, and what is it that interests you so much?

Out of all the different kinds/styles I may have explored in my images so far, I find I most enjoy using motion, especially in low light or with slightly slower shutter speeds to capture subtle blurs of body or clothing. I find it a very spontaneous, a kind of lucky dip, and therefore a rewarding way to work. Often the result will be more interesting than if the subject is static. The movement might be strong with a highly blurred or ghostly result, such as my images 'An impromptu performance' and 'Her fleeting imprint', but others might have slight movement, such as a flicker of the hair, which leads to clarity but a sense of dynamism, such as 'Her frame game', 'The balcony breeze' (where I swayed the gown), and 'The adjustment'. 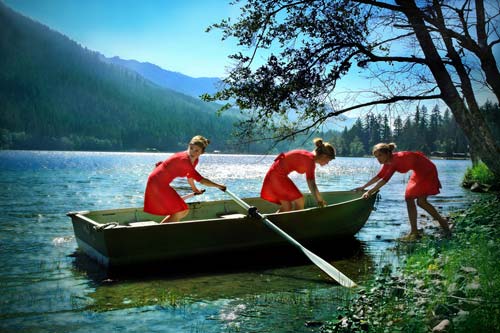 3. How did you make the break-through to becoming a full-time pro photographer?

I started doing photos in 2006 whilst studying, and carried it on alongside my degree till 2008 when I graduated. After graduating, I looked for a full-time job and worked in a publishing role, but had to leave after 5 months because of an opportunity that came up with my photography with Microsoft, involving live shoots and photowalks in Seattle and California. I was comfortable ending my job and going to America for the trip, not only because it was such a great opportunity, but also because I considered it the moment to plunge into photography full-time, much earlier than I had expected. I had anticipated working in a full-time job for someone else (most likely non-photographic, at least not directly concerned with photography or art) for at least a year or even more. Confidence is the main thing one needs to pursue self-employment and I felt that other people around me buttressed my strength to take the plunge: people at Microsoft, viewers/'fans' online, and even also the people who worked at the place I left (who were happy for me and very encouraging!). 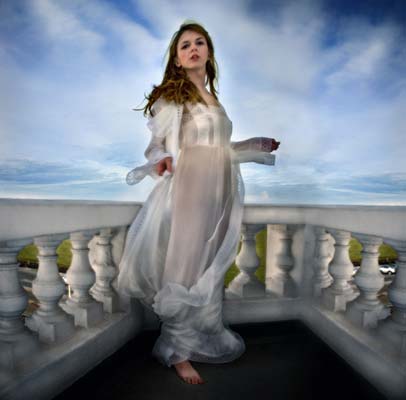 4. What kind of equipment do you use now, and what did you start with?

I had played with Sony compacts in the very early days, without a tripod. I was then given a tripod and a bigger camera: a Sony R1 with which I did about 2 years of images. This camera had a convenient swivel screen. I then found the transition to my first DSLR in Sept 2008, a Canon 40D, quite a challenge because I realise that the progressive state of technology does not consider the swivel screen a crucial feature! I got used to the 40D over time then recently upgraded to a 5D Mark II. I now also have a larger sturdier tripod and some flash guns. Plus, a big reflector! 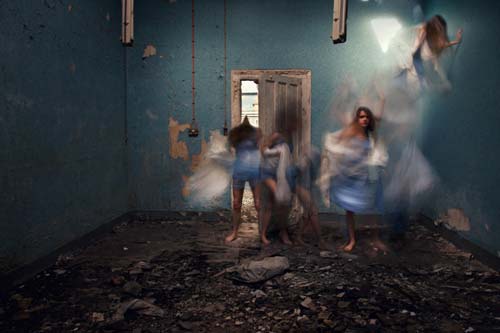 5. What has been the single most important technological improvement for your photography, and why?

I only started in 2006 so I guess it's the combination of three important technological things that made it possible for me to begin with: the availability of digital cameras, and of digital processing i.e. Photoshop, and also, the proliferation of Internet use. I think that from 2006 to now, the Internet has become more of a powerful tool than ever before in the way artists can build an audience, via Facebook, Twitter, etc., and their own mailing lists, and have an instant worldwide audience with whom to communicate. However, since 2006, it's probably become more competitive than ever because more and more people are doing this.

The other aspect of technology I would comment on is the easier availability of high-resolution, full-frame cameras. The Canon 5D Mark II is the first full-frame camera of its ilk to become so accessible, with many young photographers choosing it. At just under £2000 It may not sound so cheap in some people's contexts, but it is certainly good compared to what this kind of camera would have cost a few years back.