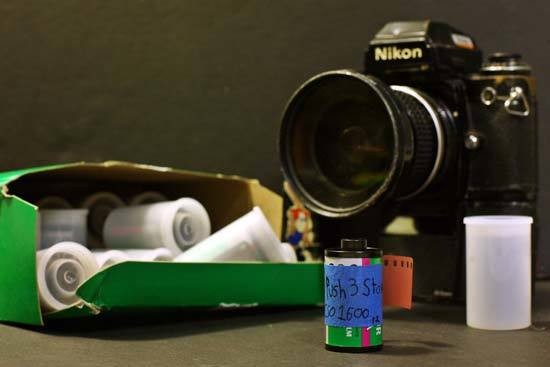 Surprisingly the number of photographers flying with film is on the rise. With this resurgence of photographers tossing film into their bags and hitting the road there is one clear and obvious concern regarding the safety of their images.

What is the primary concern of photographers packing film for the road? How do photographers avoid having their film damaged by airport security x-ray scanners? The answer to this question is surprisingly simple and fully effective at the vast majority of airports travellers are likely to transit around the world.

While most airports have their x-ray scanners calibrated, and x-rays are unlikely to harm most film, there are instances of low ISO films being fogged by x-ray scanners...so why take the risk? At airports around the world there are often signs up clearly stating that only "High Speed" film will be suffer the effects of x-rays. Some airport signs go so far as to list ISO 800 or ISO 1600 as those films likely to encounter problems if x-rayed.

Rather than stand in line at the airport and argue with security that you'd like your Fujichrome Provide 100F, Ilford HP-5+ or Kodak Portra 400NC hand checked, simply label the film as "Pushed" and write a new ISO on the film can with a piece of tape.

Years ago when I flew with film far more often than I do today I use to place masking tape on my all my film canisters rating them between ISO1600 and ISO3200.

No one at any airport security checkpoint ever questioned the denotations on my film, all they where concerned with was that my film was considered "high speed" and needed to be hand checked.

In the United Kingdom film speeds of ISO 800 and above, as well as certain specialty films, qualify for a 'special handling request' (ie: hand-check). While hand-check requests are normally accommodated, they are at discretion of the on-duty security supervisor.

In the United States the Transportation Security Administration (TSA), like their UK counterparts, allows for hand inspection of ISO 800 or higher film, and specialty films. In fact the TSA has this quote on their web page regarding hand inspection of film at TSA checkpoints "Protect your film by requesting a hand-inspection for your film." 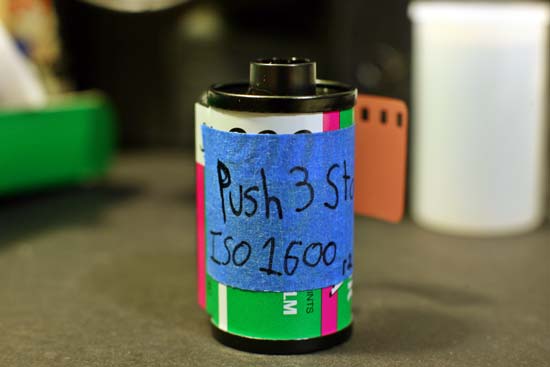 What should you NOT do when travelling with film?

For starters you should never place your film on checked baggage to be placed in the cargo hold of your flight. Baggage placed in the cargo hold is subject to significant x-rays that can damage film, including films of lower ISO speeds. If you are flying with significant quantities of film consider using a commercial shipper such as FedEx or UPS. When shipping with them you need to have your package clearly labeled as "Light Sensitive Materials."

While many companies produce and sell 'film-shield' bags, in reality these bags are more likely to cause harm to your film than protect your film. When an airport security x-ray operator is unable they see through an item within a bag they frequently crank up the power of the x-ray. As the x-rays are cranked up they are able to see through the 'film-shied' protector bags, as the intensity of the x-rays increase to cut through the 'film-shield' the end result is the film that should be protected in the 'film-shield' gets baked inside. The end result is almost always the film you sough to protect is fogged or completely destroyed.

So while grabbing your F3hp or Leica M4-P and all the film you can stuff in your Mountainsmith Tour pack, remember that some tape a Sharpie marker can make your airport experience simple and stress free.

For more information on the resurgence of film visit www.insideanalogphoto.com

As a photographer Steven's assignments have spanned the globe, and racked up more than 1,000,000 miles flown since 2005 (when he started keeping track of his miles). Through Steven's travel he developed an innate sense of travel planning, logistics and simply how to get himself and his equipment where they needed to be.

Some of Steven's more 'fun' assignments have included shooting four assignments, in four countries, on three continents, completely flying around the world in 3.5 days ; circling the globe one-and-a-half times while shooting a project for an airline in 4.5 days; flying from New York to Basrah, Iraq, for six hours; travelling to Kuwait City for two hours for a shoot; and flying from New York to Frankfurt for the morning for a shoot (yes, just the morning) before flying home.

When not shooting photos or consulting with corporate travellers, airlines and those related to photography and airline travel, Steven lives with his wife and three kids 102 yards from the ocean directly between New York City & Boston.

Interested in a 1-Day Travel-Photo BootCamp like no other? An education experience where you step onto the plane not knowing where you are headed, while learning how to succeed while facing situations where most photographers fail?  Of course you’re interested! Visit http://www.comeflywithfish