How to Choose and Use Lenses - Part 1 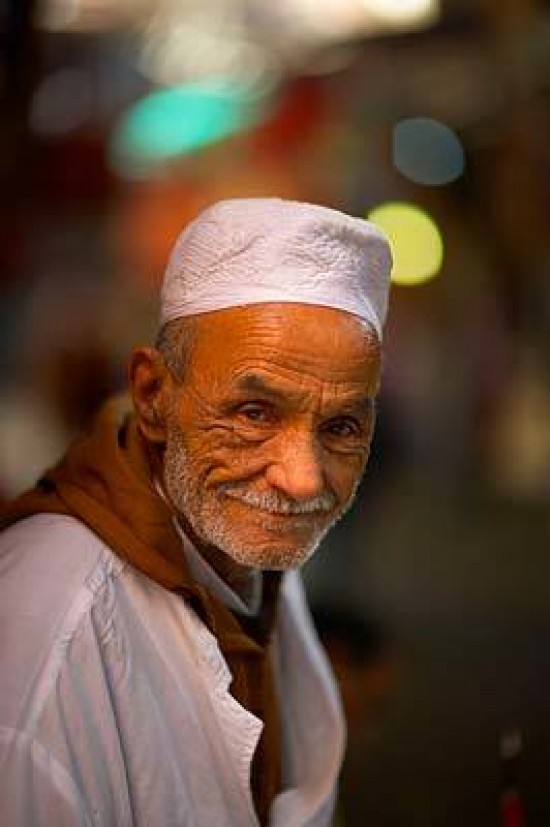 What would be your dream "money no object" photographic system? Let's just forget about the actual cameras for a bit. In an ideal world with no mortgages, tax demands or gas bills to contemplate what lenses would you have in your bag? I remember as a fledgling photographer looking at the Nikon lens brochure and drooling over the purposeful black beauties with shining, bulging optics; I wanted the lot. I was reminded of those days recently on one of our workshops where I met a guest who owned every lens Canon makes. By his own admission many had never seen the light of day. I had visions of him on a glorious day umming and ahhing over which glass to load in the Lowepro, endlessly pontificating and never actually making it out the door. For me now after a quarter of a century (!!!) as a pro the allure of the hardware has dissipated, lenses like cameras and all the rest of the gubbins we accumulate are tools which must earn their keep. And at the end of the day you can only carry a chosen few on your back up that hill at dawn.

So what do we actually need, and how do we choose from the bewildering array available, and crucially how do we get the best out of them? This month I'll be looking at what to consider when putting together a system starting with the mid range optics, then next month I'll consider the world of long lenses, and then finally we'll go wide. When deliberating over lens options tough choices and compromises have to be made, and make no doubt about it making the most of the expensive optics you already own is more complex then initially meets the eye.

Now we all know that the most important pieces of kit we own are our eyes, and no amount of expensive equipment is going to make our pictures better; that has to come from within. Also I would always suggest that if there's a choice between spending your hard earned spondoolies on going off on a photographic trip or buying a new L series optic going for the experience over the hardware is the way to go; its far better to do things rather then own things. But let's be honest, we all love lenses and photo stuff; we can admit it to each other. And if I know you, you're going to do both. So we'll consider your options. 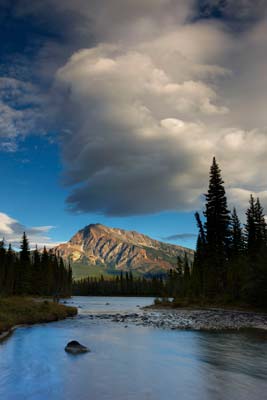 Where to start? What focal lengths to choose; zooms or primes, fast or slow, and at what cost? Instantly we're being forced to make difficult decisions. Let's just get a few things straight. I'm going to be making an assumption that we're all talking about using full frame DSLRs. So for those with the small sensor cameras the principles remain the same but the focal lengths will be different. A medium wide angle on a full frame camera is a standard on a APS-C/DX frame cameras. That's because the angle of view of a lens is determined by its focal length and the image area; the physical sensor size. And a standard lens, the one that equates closest to the perspective we actually see with our eyes, has a focal length that equals the diagonal dimension of the image area. So a bigger sensor has a wider angle of view for a given focal length. That's a Big Issue. It's why landscape photographers such as I without a shadow of a doubt need full frame sensor cameras like the Canon 1Ds or 5D and the Nikon D3 series to be able to really exploit all the wide angle options, and its why wildlife and sports photographers often opt for APS-C or DX cameras such as the Canon 1D series to give their long lenses extra reach. But I'm going to nail my colours to the mast here and say that I've never seen half frame cameras as anything other then a cropped down image area, so for the purposes of this piece we'll stick to talking about full frame optics, otherwise we'll all get in a horrible fuddle.

Imagine you are starting with a clean sheet and putting together a new SLR camera system from scratch. We'll not get too sucked into the debate about what make you're going for; we don't really want to get into that endless Nikon v Canon holy war. Suffice to say these two giants dominate the world of DSLR photography and consequently have comprehensive lens ranges. There are other pretenders; Sony, Olympus etc, but really, for now, in the professional world at least it's a two horse race. I'm wedded to the Canon system, and am one of those sad types who watch major sporting events on TV to try and count the ratio of white to black lenses in use in the photographer's pit. I came over from the Dark Side some five years ago as a result of Nikon's then insistence on sticking with small sensors, but now things have evened out somewhat and they both offer superb high-resolution full frame sensor cameras. So let's look at the lens options in generic terms and try and get a handle on what decisions will have to be made, because there are a fair few.

First things first you'll have to consider what your camera is for. Sounds obvious, but will it be a general tool for tackling all sorts of things from summer holidays with barbecues under grey skies to family portraits and your son's football matches? Or are you a wildlife specialist looking forward to spending long lonely hours hunched in a damp hide waiting for an owl to do something? Or are misty dawn patrols shooting ethereal landscapes your bag? Immediately you've a decision to make; do you need a flexible general-purpose system or a specialised one? For me it's the former. I am a landscape devotee, but I also regularly stray into travel, portraiture and reportage, plus occasionally wildlife and even sport, so I have an arsenal of lenses some of which are general purpose and others more specialised. But how ever many lenses you have compromises have to be made, both on choice at the time of purchase and then in the field. Life is complicated.

What would be ideal? Well lets start with say a 16mm to 500mm zoom, optically perfect from wide to tight, with no distortion, small and compact with tank like build quality and a super fast maximum aperture of say f2 with Image Stabilisation thrown in. Oh, and the auto focus needs to be bang on too, all for a reasonable price of a few hundred quid. Sounds good? Dream on. Immediately we've identified a few dilemmas. Let's start at the beginning with zoom range. 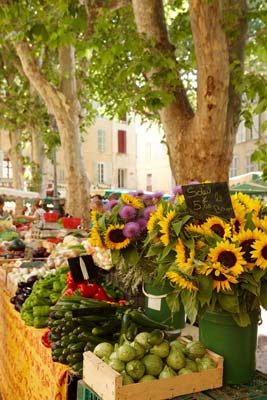 OK, 16-500mm is a bit extreme but there are zooms available with very wide ranges such as 28-200mm. That is a range that covers most situations, so for many one lens would more or less do, surely? The trouble is I'm not that keen on being called Shirley, and any lens that tries to do it all is inevitably going to be a jack of all trades, master of none. It's a trade off between convenience and quality, and in a nutshell the wider a zoom range is the more compromises the manufacturer has had to make with performance. Compromise; that word is just going to keep cropping up. You see a zoom that performs well as a medium telephoto is unlikely to deliver the same quality at the wide angle end of the world, and vice versa. How will this be apparent? Barrel distortion, flare, soft corners, unsharpness to name a few; all these nasties creep in when all is not right optically. Of course, this is all relative. There are some very clever people making lenses in Japan. But if you want to get the very best from your £2k+ camera this is something to ponder. How important is it to you? Only you can decide. By definition zooms contain a lot of glass, many elements that not only refract light as they're supposed to but also bounce those rays around internally causing flare. By contrast prime lenses; those of fixed focal length, contain a lot less glass. Few compromises have to be made in their design so they're lighter, optically superior and easier to make. But they are lot less flexible.

Back in the mists of time I used prime lenses only; I didn't trust zooms to give me the optimum crispness I demanded. But then sometime in the early Nineties in the hills near Chiang Mai, fiddling with filter threads, I realised I was spending a huge proportion of my life bending over my camera bag getting back ache swopping filter rings from one lens to the other. By then lens technology had advanced such that the perceived notion was the quality differential between the best zooms and prime lenses was almost imperceptible. That was of course in the film era. Now the evolution of 20+ megapixel sensors has put the spotlight back on this debate. There is no doubt that if optical quality is your sole criteria then prime lenses are the way to go. But the difference in many cases is so minimal in my view it isn't worth losing sleep over. Up close and personal to an A2 sized print you'll see sod all difference.  Zooms are so useful, offering focal lengths and cropping flexibility unachievable with even the most comprehensive array of prime lenses. They also save time and compared to carrying multiple optics, weight. Weight; we'll come back to that. And the time issue isn't mere laziness creeping in; when gorgeous light beams are painting the landscape in momentary visions of wonder the difference between a few seconds of zooming and recomposing and a hasty fumbling lens change with cold fingers can represent the fine line between a masterpiece on a memory card with subsequent euphoria and a desolate evening of remorse. But for now let's just try and come to a conclusion on zoom range.