How to Create Mystery in Your Photos 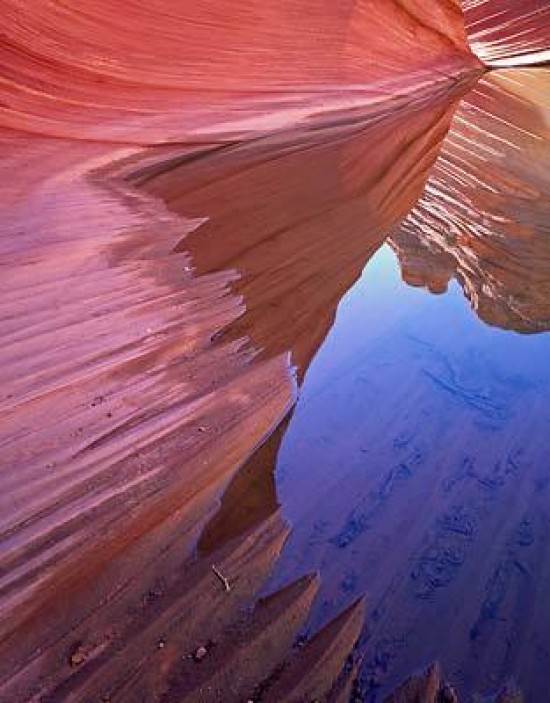 When a photograph is truly great it is often either because it fails to fully explain some aspect of the space it depicts or because it presents us with a visual paradox, a deceptive space. It is incredible not merely for what it describes but also for what it falls short of describing, for what it only hints at. Images as diverse as the Mona Lisa and M.C. Escher’s Ascending and Descending are outstanding precisely because they fail to explain themselves. They are visually mysterious, they contain elements that intrigue and hold the viewers’ attention. A sense of mystery, ambiguity or deception - these are all attributes that make an image alluring.

From looking at my own work and that of other photographers and visual artists, I have identified four different kinds of visual mystery that may persuade the viewer to tarry because they are likely to generate questions such as ‘Why?’ ’How?’ or ’What is it?’ These mysteries are: scale, spatial ambiguity, lighting and incongruity. Let’s consider each of them in turn.

When the scale of an image is indeterminate our imagination can be let loose. This type of image is always a portion of a landscape rather than a wider view since scale can easily be determined within a vista. Typically such images are also abstract in nature or, one might say, they are abstractions of natural forms.

A fascinating aspect of natural forms, and especially geological ones, is that they sometimes exhibit self-similarity at different scales, so a view of a small part of a coastline might be mistaken for an aerial view or even one from space. This dislocation of scale fascinates precisely because the boundaries are uncertain. My answer to the classic comment, ‘Why didn’t you include something to show the scale?’ is ’Why would I?’ Doing so destroys the possibility of mystery. 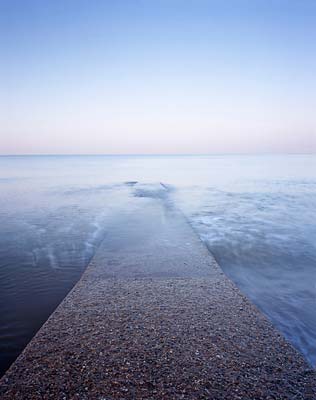 In perceptual psychology an ambiguous image is one where our interpretation flips from one state to another and we can’t hold both images in our mind at once. In the classic example we see either a young woman in a feather boa or an old crone with a large chin, never both. Ambiguous photographs of the natural world are not so clear-cut. They suggest something other than what has been recorded but still retain the meaning of the original scene. The mind has the ability to conjure something out of nothing and it is this facet of vision that often gives rise to spatial ambiguity and a sense of uncertainty that can be used to intrigue the viewer.

Making an ambiguous out-of-focus image is easy. Making one where everything is recorded in the clearest, sharpest detail yet the image still leaves the viewer with a sense of uncertainty as to what has been depicted is much, much harder. I am not referring to photographs that have failed as illustrations of a space through poor composition, framing or technique. The ambiguous image succeeds on all these levels but also manages to illustrate more than one space within the same frame.