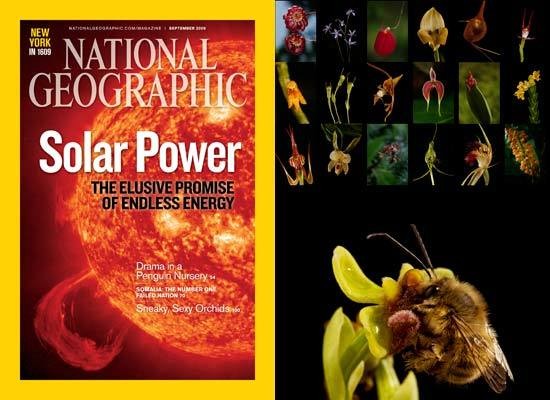 Orchid pollinators - a global journey to the deceptive beauties

Text and photographs by Christian Ziegler

These photos were taken for a photo essay on orchid pollination, which I worked on for National Geographic Magazine. The story was published in the September 2009 issue.

This assignment was quite an adventure and in the course of two years I worked in Panama, Costa Rica, Italy, Borneo and Western Australia, taking the images that would best illustrate the many interesting ways by which orchid trick their pollinators. And these were only the places that were left after narrowing down the list from the many possibilities. When I started researching the topic, I could not believe just how many interesting ways of pollinations orchids have evolved. After talking to orchid specialists worldwide, my photo editor and I narrowed the long list of possibilities down to a feasible list of places that would enable us to tell the story best. 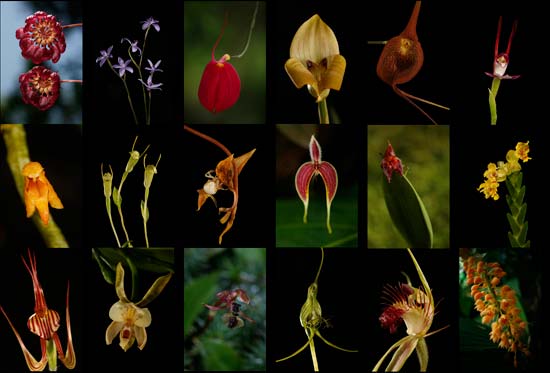 This assignment took so long because almost all orchids are seasonal, which means I needed to be at the right place to the right time to be able to document the flowers with their pollinators. Since I live in Panama, I tried to find as many examples as possible in Central America. That way I could respond quickly to a flowering event without having to travel too far. My favorite orchid in the lowland forests of Panama is the Bucket orchid. This amazing structure must be one of the most complicated flower architectures, even by orchid standards. It is basically a pitfall trap for orchid bees with a bucket that is filled with a sticky liquid by the flower itself. Male bees are attracted by the sweet scent and as they are trying to collect the perfume, eventually one falls into the bucket. With its wings wet now, the bee can't just fly out -- it has to crawl. The only non-slippery part of the bucket inside leads to a narrow tunnel though which the bee has to squeeze. At the end is a trigger mechanism deposits the pollen package onto the bee. This all sounds like it should never work, but it does: a bucket orchid which now grows in my backyard has been pollinated several times already! I used a wide lens (16-35mm) to show this spectacular flower in its rainforest context, with a long exposure time and a couple of fill strobes to make the colors more crisp and work out the extraordinary shape. 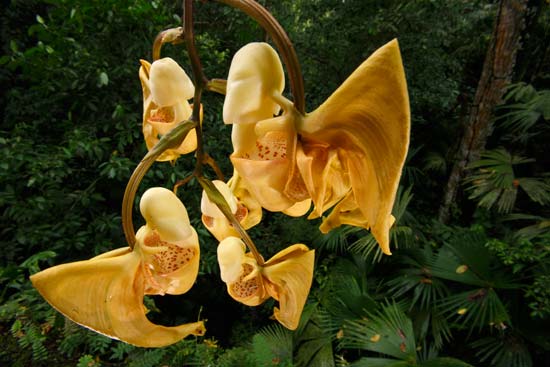 Another personal favorite of mine is the image of a magnificent hummingbird (this is rightfully the correct common name) picking up a pollen packet from an Ellianthus orchid flower. I wanted to show the hummingbird in its full glory and really close up and personal. I therefore used a custom-made wide angle lens that enabled me to be close and wide at the same time. To illuminate the bird, the flower, and the background, and to freeze the bird's movement, I used six strobes. The camera was triggered with a remote control from a distance because the bird was quite shy and suspicious of the camera. After many failed efforts, and about a week of waiting and trying I got this image on a rainy late afternoon, after I had almost given up for the day. 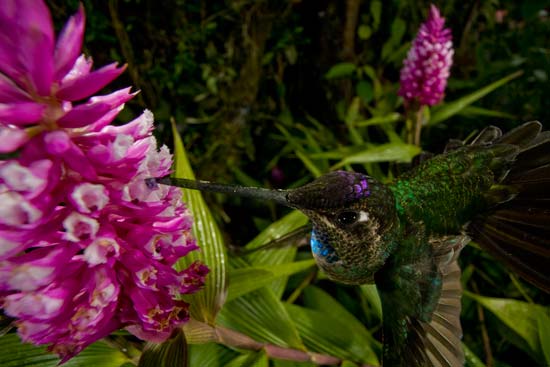 Sardinia was another highlight of this story. I traveled there in the spring time to document sexually deceptive orchids, a Genus called Ophrys, or as some call it, the prostitute orchid. The flowers of these orchids trick male bees into believing that the flower is indeed a female bee by mimicking the female bee's sex pheromone. As the male is mating with what he thinks is a female, he picks up the pollen package, which is then deposited the next time he makes that same mistake - quite an impressive exploitation of male single mindedness. I wanted a clean and straight macro perspective to show in all detail how the orchid resembles a bee and how the pollen packages are stuck to the males body. Therefore I built a 'field studio' around the orchid, with black velvet behind the flower and 4 strobes around it for optimal lighting, and waited for a stupid male to show up. 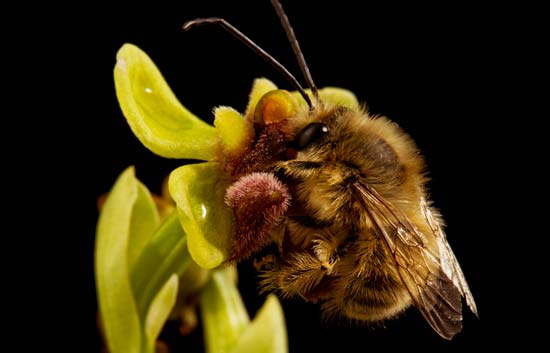 The same principle is employed by a group of Australian orchids, the spider orchids. In their case, the duped males are parasitic wasps that come and try to mate with the orchid. Females are extremely rare which is why the males, when present, come by the dozens as soon as the orchid opens up. I wanted this image to have something distinctively Australian and used the magnificent blue sky as a background to show the mating frenzy of the wasp males. 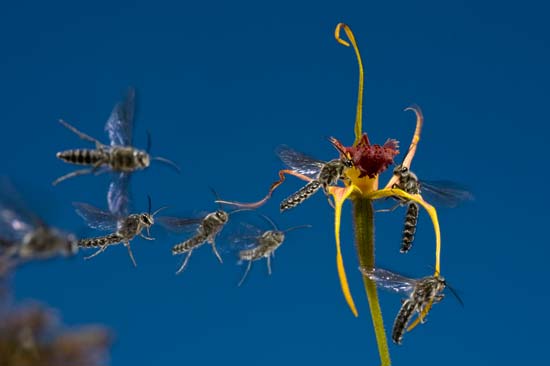 Christian Ziegler, a native of Germany, is a photojournalist specializing in natural history and science related topics. A tropical ecologist by training, he has been working extensively in tropical rainforests on three continents. Christian is Associate for communication with the Smithsonian Tropical Research Institute (STRI) in Panama where the main focus of his work has been for the last 10 years and for whom he has produce a coffee table book on tropical ecology: A Magic Web. Christian describes  himself as a translator, sharing the extraordinary beauty and scientific fascination of tropical ecosystems with the general public and thereby raising awareness for their conservation.

Christians' work is frequently contracted and published internationally in leading magazines such as National Geographic, GEO, BBC Wildlife, and others. Next to his editorial work, Christian has been working in educational projects with museums and with environmental groups such as CI or the WWF.

His work has been awarded several international prices, including 2 category winner each in BBC Wildlife Photographer of the year and the European Wildlife Photographer of the Year. Single exhibitions of Christians work include a travel exhibition produced by the Smithsonian Travel Exhibition Centre and an exhibit produced by GEO magazine. Christian is a founding fellow of some of his work. 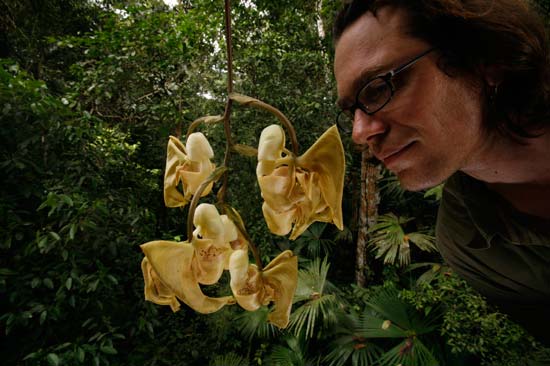