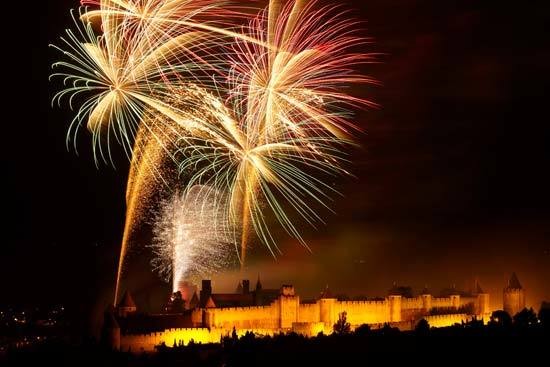 It's inevitable. The 1D mkIV was out earlier in the year. Photokina has been and gone, but within the next few months a 1Ds mkIV is bound to be announced. Beyond that Canon are probably hatching a plot for the 5D mkIII, whilst over at Nikon, with the D3 variants and D700 in middle age successors will be gathering in the wings. So what? I'm happy with my existing set up. Do I need a new camera? No. Do I want a new camera? No. Will I acquire the 1Ds mkIV when it eventually appears? Probably.

I'm wearily resigned to that fact of life. Time was when cameras earned their keep over a decade. My Nikon F5s did 9 years and several hundred thousand miles of globetrotting service between 1996 and 2005. Now the life of a DSLR seems to be about 3-4 years maximum. A photographic retail trade that used to earn its bread and butter selling us consumables like film and paper now needs to sell us new hardware more often. But do we need them?

If the 1Ds mkIV is just a revamp with more pixels and HD video thrown in it's going to be a hard sell for Canon. I don't need more pixels, 21 MP is quite enough. Giving us more would be counterproductive; a greater pixel density means more noise and more memory requirements for negligible gains. The sensor resolution is already beyond the capabilities of the lenses to match, more pixels won't give us better quality. And HD video is useful for some, we're using it more and more for the Road Shows (insert link), DVDs and future web content, but with it already available on the 5D mkII and 7D it's unlikely to be the sole reason for the painful parting of hard earned cash. In these uncertain economic times persuading us beleaguered tax payers to fork out £5K+ for a few more pixels and video will be tough. People are nervous about their jobs and in the world of professional photography just surviving is an achievement. Never has the commercial and perceived value of a photograph been so low. No, if I was the person pulling the strings at Canon or Nikon I wouldn't be rushing into this; I'd wait and strive to produce a camera that gives pros and enthusiasts what they really need. I'd aim to produce the Perfect Camera at an affordable price.

Let's look at where we're at. If you're wondering why I'm only mentioning Canon and Nikon there is a reason; I have no idea at all how the other manufacturers pay the bills. We had a guest on one of our workshops (insert link) with a Sony, once. I vaguely remember someone with an Olympus. Apart from that it's been a 100% attendance record for the Big Two. And the camera that shows up on our guests tripods more than any other, maybe 60% of the time, is the Canon 5D mkII. In many ways Canon got it right with that one. I have one, it's a great camera. OK, I prefer the 1Ds mkIII because of details like the eyepiece curtain, auto bracketing options and the weather seals, but with a £3K price difference it's easy to see why the 5D is so popular. The quality of the 21 MP full frame sensor is every bit as good as its pro spec stable mate. But with both my current cameras there are things that drive me mad, convincing me that the people who design cameras have never actually used them on a cold, dark windy hill top. Camera designers give us functions because they can, not because we need them. Has anyone ever used the print facility on a 5D? They don't understand us, and have no notion of what we need our cameras to do in the middle of a poppy field or with the waves lapping around our tripod legs on a winters evening. So let's tell them.

But first we'll consider the positives. We've never had it so good. The quality and flexibility available from our state of the art DSLRs now is phenomenal. Prints over a meter wide from a sensor the size of a 35mm piece of film have the crispness and tonal qualities previously only associated with large cumbersome formats. I've just digested my Despatch from January 2004 (insert link) on this website and it reads like ancient history; those early DSLRs were pretty useless. Things have come on so far, and I'm not talking just about pixels. The technological developments that make the most impact on us out in the field are not usually the sexy ones. Take batteries for example; early digital cameras would run out of steam half way through one chilly autumnal dawn session, despite a night spent cuddling up to the charger. I now can expose for weeks with just two batteries. Camera monitors are so much better. Sensor cleaning isn't such a recurring headache. Noise is mostly invisible, even at high ISOs, and full frame sensors are now commonplace. Crucially lens performance is catching up with sensor resolution. In short cameras like the Canon 5DmkII and Nikon D700 are flexible, affordable tools that can deliver incredible results in the right hands. But they could be better. How? 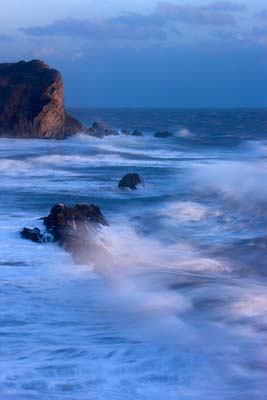