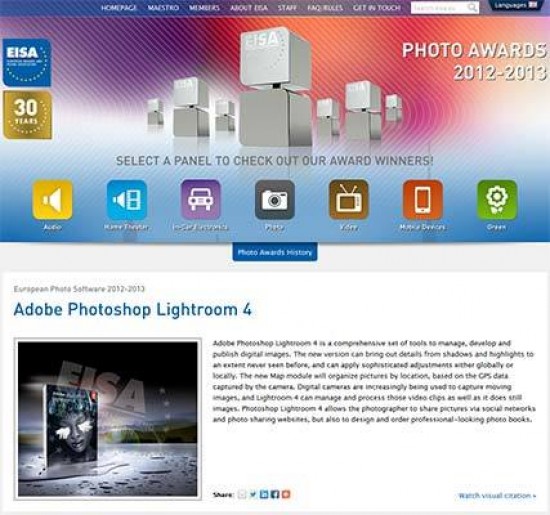 The EISA Awards for 2012-2013 have just been announced, with 16 products selected in the Photo category.

The Sony Cyber-shot DSC-HX20V is the “European Travel Camera” of the year, while the RX100 wins “European Advanced Compact Camera” and the SLT-A57 “European SLR Camera”.