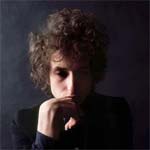 Bob Dylan by Jerry Schatzberg is a new photo exhibition opening at the Proud Central gallery in November. Schatzberg says of Dylan, The collection will be premiering exclusively at Proud Central in London and will be the only opportunity to view this selection of images. “As a photographic subject, Dylan was the best. You just point the camera at him and things happen.” The Bob Dylan by Jerry Schatzberg exhibition runs from 21st November 2008 to 25th January 2009 and entry is free.

Proud Central presents Bob Dylan by Jerry Schatzberg, a revealing portrait of one of the greatest icons in popular culture – shot through the lens of his close friend, acclaimed photographer and film director Jerry Schatzberg. Renowned for his iconic images including the Blonde on Blonde album cover, Schatzberg’s exciting and personal archive sheds light on Dylan at his most enigmatic – and explores the special friendship between the two luminaries of their fields.

Schatzberg says of Dylan, “As a photographic subject, Dylan was the best. You just point the camera at him and things happen.”

The collection will be premiering exclusively at Proud Central – and will be the only opportunity to view this selection of images.

In more than 40 years of photography and cinema, Schatzberg has achieved great acclaim. This, his first UK Dylan show, will celebrate the enormous talent of both the photographer and his subject.

JERRY SCHATZBERG ? From creator of poetic images to compelling storyteller, Jerry Schatzberg has, over the past three decades, excelled in both the realms of photography and filmmaking. Published in Vogue, McCall’s, Esquire, Glamour, and Life in the 1960’s. Schatzberg captured intimate portraits of the generation’s most notable artists, celebrities and thinkers (from Bob Dylan to Robert Rauschenberg), and he pushed on in the 1970s to the medium of film and participated in the renaissance of American cinema, directing films such as: Puzzle of a Downfall Child, The Panic in Needle Park, Scarecrow and Reunion. His films mark a significant time in the history of film when the importance of solid and introspective narrative proved paramount. There are currently two books in production chronicling Jerry Schatzberg’s life and work.