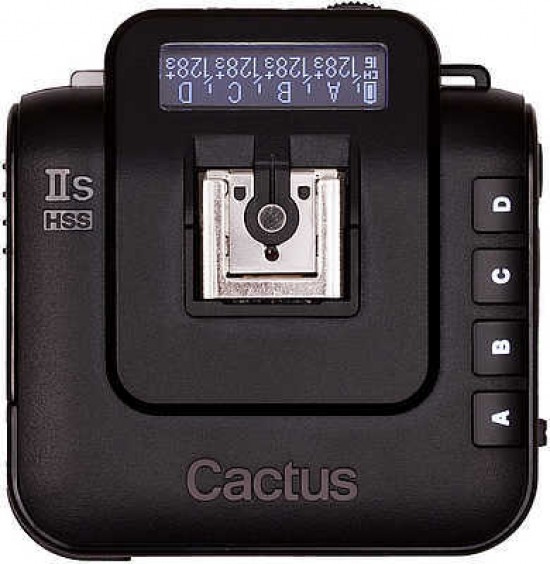 Cactus have announced two second-generation V6 wireless flash transceivers. Offering compatibility with Canon, Fujifilm, Nikon, Olympus, Panasonic and Pentax flashes, the Cactus V6 II now supports HSS / FP mode in the same cross-brand environment. The Cactus V6 IIs (pictured) incorporates all the functions of the V6 II, but comes with a Sony-compatible hot shoe. Additionally, both the V6 II and IIs now have an automatic LED AF-assist light. The Cactus V6 II and IIs are currently scheduled to be available in 2016 July and August respectively, priced at $95 each.

Besides the revolutionary remote power control of Canon, Fujifilm, Nikon, Olympus, Panasonic and Pentax flashes all at the same time, the new models now support HSS / FP mode in the same cross-brand environment.1 This unique function gives photographers flexibility undreamed of. Matching flashes with same camera system for off-camera flash photography is over.

2. Power Sync: Boosts flash contribution above camera’s x-sync speed, perfect for extreme conditions where Normal HSS is not powerful enough.2 Cactus also extends HSS capabilities to Fujifilm cameras despite them not yet supporting high-speed sync at the time of writing.

Both the V6 II and IIs now has an automatic LED AF-assist light that makes auto-focusing in dark environments possible – even in pitched-black!3 Besides the camera-mounted V6 II/IIs, off-camera units will also activate the AF-assist light, which helps focusing even when camera is far from the subject.

The dedicated Sony version – V6 IIs, embodies all the desirable functions of its sibling V6 II but with a Sony compatible hot shoe on the transceiver body, ensuring a seamless and secured connection with Sony cameras and flashes. Mounting the V6 IIs on a Sony Alpha camera allows the photographer to shoot above camera’s maximum x-sync speed and control power and zoom of Sony, including those with a Minolta/Sony hot shoe via an adapter, and other V6 II compatible flashes. 4 It is the perfect wireless flash trigger for existing and new users of Sony Alpha cameras, especially those who may still have non-Sony system flashes in their camera bags.

V6 II and IIs can now auto-detect the on-camera portable flashes at device start-up by selecting the system the flash belongs to and assigning an Auto flash profile.

Similarly, the V6 II will auto-detect the camera and selects the system accordingly. 5 This simple plug-and-play makes the setting up extremely quick and easy that both amateurs and professionals appreciate.

Features at a Glance

3. Multi-master supports up to 20 photographers firing the same set of flashes at their own power settings;

Cactus V6 II and IIs are currently scheduled to be available in 2016 July and August respectively and both are priced at US$95.00 (ex VAT).

Cactus is a global brand with distributors and dealers throughout the world.

1 With the exception of Pentax system flashes due to special timing requirements so it must be paired with a Pentax camera in order to support HSS.

2 Power Sync may require the user to adjust the sync time in order to eliminate any banding issues (black line across the image).

3 AF-assist works when the camera sends out a corresponding signal.

4 Sony system flash supports HSS sync modes only when it is triggered by a Sony Alpha camera.

5 To auto-detect camera system, half-press the shutter release of camera while switching on the V6 II to TX mode.