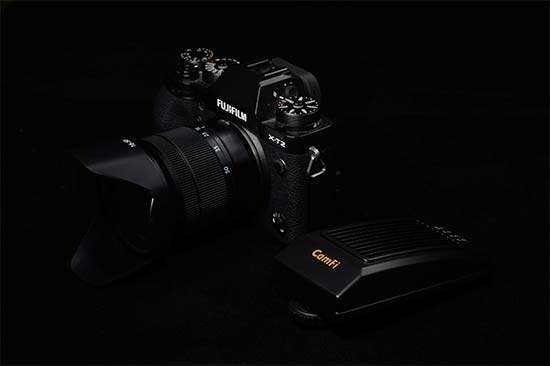 CamFi have just released a new version of its app that adds wireless tethering support for Fujifilm cameras.

All existing users of CamFi CF 101, CF 102, CamFi Pro and CamFi Pro Plus can upgrade their firmware with this version.

Guangdong, CHINA—April 8, 2020—CamFi, maker of wireless camera controllers, today announced that the new version of its app adds wireless tethering support for Fujifilm cameras. This feature allows the photographer to transmit photos from a Fujifilm camera to a laptop or a mobile phone via Wi-Fi automatically during a photo shoot.

“It is not very convenient to review the photos on a mobile device or a Mac while shooting by Fujifilm camera,” explained Mark Ma, CEO of CamFi. “The built-in Wi-Fi is too slow. Our new feature changes all that. Now, our device and app will speed up the workflow of photographers who use Fujifilm cameras.”

The new version of the app delivers a great deal of convenience to Fujifilm photographers. It supports the most popular Fujifilm cameras that are available after this update, including X-T2, X-T3, X-H1, GFX 50R, GFX 50S and GFX 100. The new version of the app also supports live view, remote capture, time lapse, HDR and focus stacking. Furthermore, this version allows photographers to save an image’s RAW file on the camera’s SD card and transfer the JPG file to the client device only. This capability can shorten the time required to review the photo.

All existing users of CamFi CF 101, CF 102, CamFi Pro and CamFi Pro Plus can upgrade their firmware with this version. Windows, Mac, iOS and Android platforms are all supported.

To prevent draining the battery of the CamFi device, CamFi also released a new USB connector for Fujifilm cameras. It will extend the work time of CamFi’s battery from 1 hour to 3 hours.