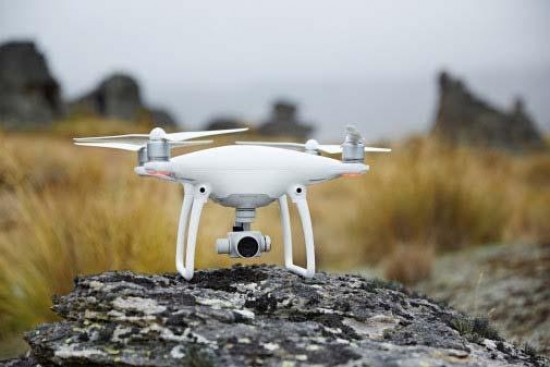 DJI welcomes the Department for Transport’s amendment to the Air Navigation Order announced Wednesday as a measured approach ensuring that Britain remains open to the safe and responsible use of drones.

DJI, the world’s leader in civilian drones and aerial imaging technology, welcomes the Department for Transport’s amendment to the Air Navigation Order announced Wednesday as a measured approach ensuring that Britain remains open to safe and responsible use of drones.

“The Department for Transport’s updates to the regulatory framework strike a sensible balance between protecting public safety and bringing the benefits of drone technology to British businesses and the public at large,” said Christian Struwe, Head of Public Policy Europe at DJI. “The vast majority of drone pilots fly safely and responsibly, and governments, aviation authorities and drone manufacturers agree we need to work together to ensure all drone pilots know basic safety rules. We are therefore particularly pleased about the Department for Transport’s commitment to accessible online testing as a way of helping drone users to comply with the law.”

DJI supports schemes for pilots to easily register with the authorities, as well as educational initiatives to ensure pilots understand how to fly drones safely. DJI strongly condemns unsafe and illegal drone operations, and believes registration schemes, knowledge tests to educate drone pilots, and restrictions on where drones can fly are the best tools to ensure drones maintain their admirable safety record.

·        In 2016, DJI upgraded its geofencing programming to include the capability for live updates of temporary flight restrictions and other changing hazardous conditions such as wildfires, while also adding flexibility for drone pilots with authority to operate in those locations.

·        In 2017, DJI introduced a knowledge quiz for all pilots who are operating drones in the UK airspace.

·        DJI built automatic altitude limitations into its flight control apps to help pilots ensure they fly at safe altitudes. DJI developed sense-and-avoid systems for recent drone models, which use sensors to identify obstacles and either stop short of them or navigate around them.

·        DJI created return-to-home systems which automatically guide a drone back to its takeoff point if it is low on battery or loses connection to its pilot.

DJI has helped support scientific research into the risk posed by drones, such as this study, to ensure regulations are based on the best available evidence to achieve their safety goals. DJI will continue to provide materials to governments and aviation authorities for testing, technical expertise or other necessary assistance.

DJI is a global leader in developing and manufacturing civilian drones and aerial imaging technology for personal and professional use. DJI was founded and is run by people with a passion for remote-controlled helicopters and experts in flight-control technology and camera stabilization. The company is dedicated to making aerial photography and filmmaking equipment and platforms more accessible, reliable and easier to use for creators and innovators around the world. DJI’s global operations currently span across the Americas, Europe and Asia, and its revolutionary products and solutions have been chosen by customers in over 100 countries for applications in filmmaking, construction, emergency response, agriculture, conservation and many other industries.