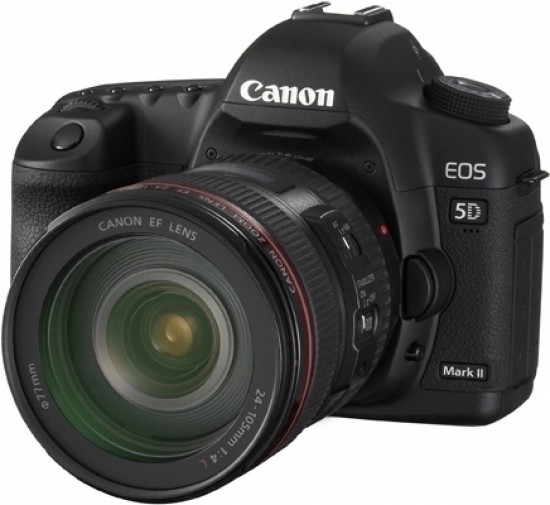 East Pleasant Pictures, a global collective specialising in multiple forms of moving-image media, has shot a series of commercials for a major cruise ship line using Canon EOS 5D Mark II and 1D Mark IV HDSLR cameras. Directed by Emmy-winning producer/director Xander Strohm, the commercials featured candid scenes of cruise ship passengers playing dodgeball and engaging in other recreational activities. Co-director Damien Drake explained: “We did a lot of documentary work for high-profile people and needed to be as inconspicuous as possible. We couldn’t use a crew, and we had to be our own technicians. The DSLR cameras stood out because they provide super high-quality HD and are very unobtrusive. In fact, a lot of the time people didn’t even realise that we were shooting video.” Both the Canon EOS 5D Mark II and 1D Mark IV digital SLR cameras provide full 1920x1080-pixel HD video recording at user-selectable frame rates of 30 (29.97), 24 (23.976), and 25 fps.

The challenge was simple: Shoot a series of commercials for a major cruise ship line amid vacationing passengers without inconveniencing them with the usual complement of equipment and crew needed for such a production. For East Pleasant Pictures, a global collective specializing in multiple forms of moving-image media, the solution was equally simple: Use the unobtrusive, high-sensitivity cinema-like imaging advantages of the EOS 5D Mark II and 1D Mark IV digital SLR cameras available from Canon U.S.A., a leader in digital imaging.

“We did a lot of documentary work for high-profile people and needed to be as inconspicuous as possible,” Drake recalled. “We couldn’t use a crew, and we had to be our own technicians. The DSLR cameras stood out because they provide super high-quality HD and are very unobtrusive. In fact, a lot of the time people didn’t even realize that we were shooting video.”

“Those spots were built and designed around those cameras,” said Slionski, “Our idea is to create a fun and positive environment every time, so that you can’t do another production without us,” Slionski noted.

The combination of the large-sensor imaging and digital-processing technology used by these digital SLR cameras – along with advanced exposure control and access to a broad range of high-quality Canon EF lenses – provide rich film-like image capture that has been utilized by a wide variety of cinematographers and other shooters for everything from episodic TV series and documentaries to music videos and theatrical feature films. For East Pleasant Pictures, however, the ability to capture cinema-quality 24p footage with SLR-size small form-factor cameras has become essential to many of their commercial and advertising assignments.

“For commercial use, the strongest aspect of the DSLR cameras is that they enable you to change lenses quickly and reposition for new set-ups because of their size,” Slionski added. “On the cruise ship we were among people on vacation who did not want to be bothered by a production in their midst. The DSLR cameras worked out so well that now we build our commercial production budgets around them, given their efficiency and speed we see significant cost savings.”

“On a commercial shoot, the DSLR cameras make things easier because you don’t have to have a bunch of people standing around holding cables like you do with many other HD and film cameras,” echoed Drake.

Slionski noted that the lenses of choice for the shoot were Canon’s L Series EF Lenses. “You can slap on adapters and put any lens on these cameras, but the focus is so much sharper with the Canon L Series lenses that it’s just a no-brainer most of the time to use them.”

Slionski and Drake also note the low-light imaging advantages of the EOS 5D Mark II and 1D Mark IV digital SLR cameras, which cover a broad ISO sensitivity range of from 100-6400 and 100-12800, respectively.

“Lighting is always an issue, but you’d be surprised what you can get away with, with little to no light on these cameras,” Slionski said. “It really is remarkable to see it before your eyes.”

“The 1D Mark IV under low-light conditions is phenomenal,” Drake said. “It can make footage look absolutely beautiful that would be extremely challenging for any other HD camera. With the 1D Mark IV you can shoot at 60 frames, plus I do a lot of work in Europe, so being able to shoot in PAL [1080/25p and 720/50p] is really great, too. I like being able to dial-in the color exactly the way I want it. With the white balance, you click your Kelvin to where you need it to be. And, again, it’s small and easy to get around with. I don’t have to carry all these cases.”

Drake also shoots documentaries in global trouble spots, and finds that the still-camera form factor of DSLR cameras is a big advantage when crossing international borders. “DSLR cameras let you go on the road solo for a month with everything you need in a backpack,” he noted. “You can visit different countries and be your own shooter. There’s no way I would be able to get in and out of some countries with full-blown production gear. But nobody questions a DSLR because it looks like a still camera.”

Closer to home, East Pleasant Pictures have been using both the EOS 5D Mark II and the 1D Mark IV for a full slate of TV commercial assignments since the cruise ship assignments. Clients include sectors as diverse as hair care and major appliances.

“The Canon 1D Mark IV and 5D Mark II are a completely different ballgame when it comes to shooting commercials,” Slionski affirmed. “Using them means smaller crews, less gear, and quick turn-around times. We’re shooting with these cameras 300 days out of the year now, and they are an amazing piece of technology that we’ve all been loving. DSLR cameras are also opening the door for the next generation of filmmakers, because they’re so accessible and easy. It’s a blessing that these cameras have come along.”