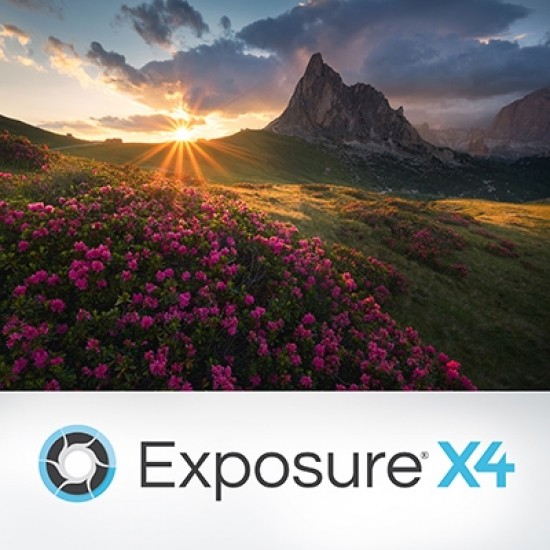 Exposure X4.5, which is free to all owners of Exposure X4, further expands Exposure’s capabilities with significant new tools.

LUT support opens up new creative possibilities for photographers. LUT effects, available freely on the Internet or produced by other photo and video apps, may be imported into Exposure, where they can achieve striking looks. These effects can be further enhanced using Exposure’s advanced editing and layering tools.

The redesigned Copy Photos from Card function displays visual previews of images at the source location, allowing photographers to quickly select the images they wish to copy, as well as select a variety of flexible source and destination options. Exposure’s unique design differs from traditional photo editors by removing the need for slow imports, enabling photographers to begin their creative edits immediately after the image copy begins.

Configurable keyboard shortcuts allow photographers to assign an editing, organizing, or navigating function to a selected keystroke. For those migrating from Lightroom to Exposure, an included Lightroom keyboard shortcut preset eases the transition.

Further enhancements in Exposure X4.5 include the following:

● Collection membership now appears the Metadata panel, enabling photographers to see a full list of the collections a photo belongs to

● Support for additional cameras and lenses from these manufacturers:

“Exposure X4.5 delivers features that are among the most requested by our customers and that make Exposure an even more powerful and complete editing and organizing solution,” said Alien Skin CEO Finley Lee.

Exposure began in 2005 as a film simulation plug-in for Photoshop, and was immediately embraced by digital photographers of all genres seeking to recapture the organic look of film. Exposure has since grown into a standalone, non-destructive editing and organizing solution that handles every stage of the photography workflow.

Photographers can also use Exposure as a creative editing plug-in with other editors such as Adobe Photoshop and Lightroom.

Exposure X4.5 is also the central app in the Exposure X4 Bundle. This integrated collection bundles Exposure X4.5 with Alien Skin’s award-winning Blow Up and Snap Art tools to add

A 30-day fully-featured free trial of Exposure is available. Visit www.alienskin.com/exposure to learn more and download the trial.

Exposure X4.5 may be used as a standalone program or as a plug-in to other programs. When used as a plug-in, it requires one of the following host applications:

● An Intel Core 2 processor or compatible