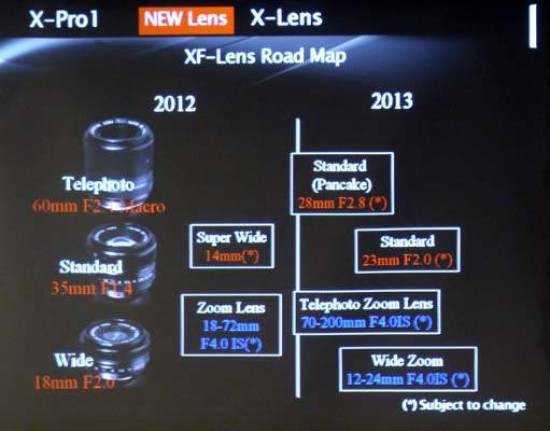 Fujifilm have officially revealed their X-Lens roadmap at an exclusive briefing at CES 2012.

Covering 2012 and 2013, Fujifilm are set to release six new lenses in addition to the 18mm, 35mm and 60mm optics that were announced alongside the X-Pro1 body.

Fujifilm stressed that the X-Lens roadmap is subject to change in response to feedback once the X-Pro1 is in photographers’ hands.