Fujifilm X-T2 Preview - Is this the DSLR Slayer? 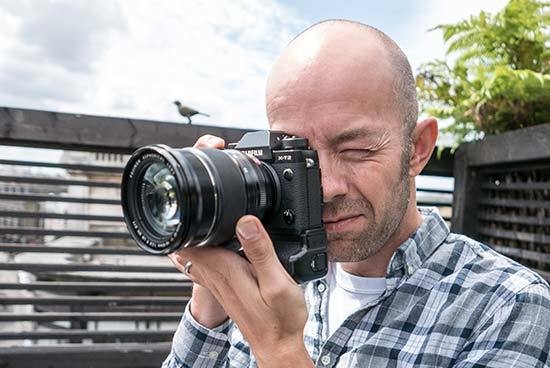 Photography Blog attended the recent UK press launch of the Fujifilm X-T2 in central London. As one of the first people outside of Fujifilm to actually get their hands on the X-T2, here are my initial thoughts... 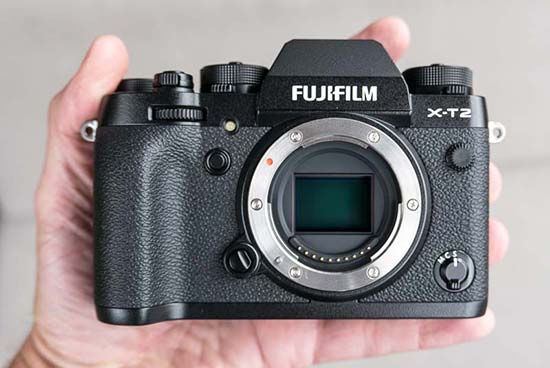 The new Fujifilm X-T2 is very similar to its predecessor, the X-T1. There are a few subtle changes, though, that comparing the cameras side-by-side reveals. The X-T2 is a little taller and deeper than the X-T1 and it also has a larger handgrip. The various control dials on top of the camera body now have lock/release buttons, the exposure compensation dial runs to -+5EV, and the eyecup is larger than before. The popular focus lever from the X-Pro2 makes a welcome appearance on the X-T2, there are dual UHS-II memory card slots, and the 3-way tiltable LCD screen has been improved. Strangely, despite the addition of 4K video recording, Fujifilm have decided to remove the one-touch movie record button from the top-plate... 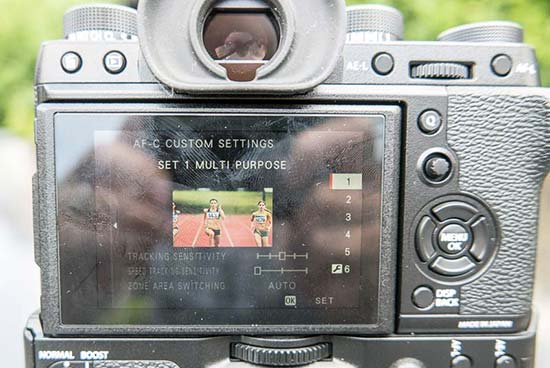 Fujifilm have spent a lot of time and effort on improving the X-T2's auto-focusing system, which has traditionally been one area where mirrorless cameras have lagged behind the DSLR competition. Recognising this, Fujifilm have gone to town in introducing the concept of AF-C custom settings, where you can change the tracking sensitivity, speed tracking sensitivity, and the zone area switching to suit your needs. These custom settings are designed to make the camera much more effective at tracking and capturing a variety of moving subjects, with 5 default presets included and the ability to set your own parameters for a further 6 custom settings. It's a similar system to some of Canon's DSLRs, and although we haven't been able to test it out in earnest yet, it's certainly a big step forward for the X-series and mirrorless cameras in general, if they actually work in practice... 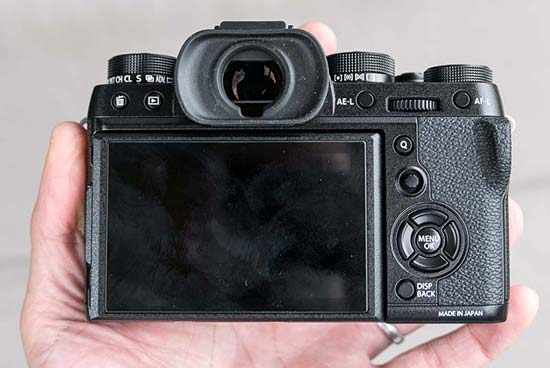 The X-T2's viewfinder shares the same magnification as the X-T1 (0.77x), but in all other regards it is much better specced, with Fujfilm inevitably claiming that it's the World best EVF. The 2.6million dot OLED panel is 1 stop better in low light, offers 25% better picture quality when autofocusing, has a faster 100fps frame rate, the world's fastest delay of 0.005sec, and is 2x brighter (500cd/M2) than the X-T1. All of these improvements should be enough to silence the EVF doubters. 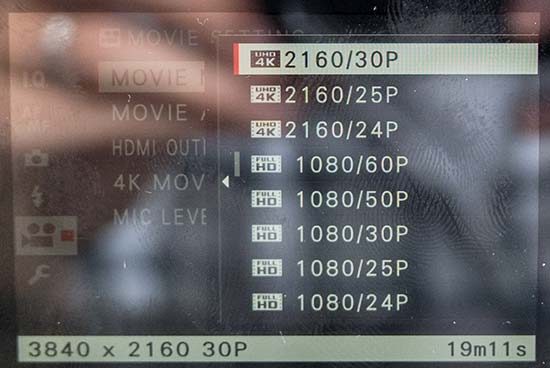 Strangely the X-Pro2 didn't include 4K video when it launched back in January 2016, but thankfully the X-T2 does, with 24/25/30p frame rates on offer. What's more, Fujifilm have introduced the concept of "Quick 4K", where the camera can be set to apply one of the built-in film simulation modes to your footage to avoid having to grade it during post-processing. The X-T2 actually records at close to 6K (5120x2880pixels), then downsamples to 4K. There's a 10-minute in-camera limit, which can be extended to 30 minutes by fitting the VPB-XT2 vertical power booster grip. This grip also adds a 3.5mm stereo headphone port to the 3.5mm microphone that's in the camera body, there is uncompressed 4:2.2 8-bit HDMI output, and log gamma "F-log". 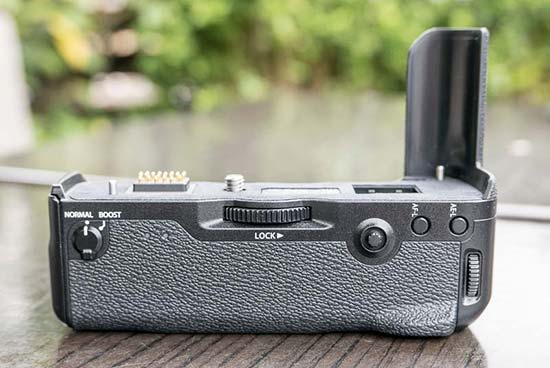 In addition to officially launching the EF-X500 flashgun that Fujifilm have previously demonstrated, the X-T2 gets a new battery grip, the VPB-XT2. This isn't just any old battery grip, though - as the first three initials suggest, it's a "vertical power booster" grip which, as well as including 2 extra batteries, increases the speed of the X-T2 in a whole host of different ways. The burst shooting speed increases from 8fps to 11fps, the shooting interval decreases from 190msec to 170msec, the release lag drops from 50msec to 45msec, and as mentioned above, the recording time in 4K goes from 10 to 30 minutes. As well as adding a 3.5mm headphone socket, it also acts as a twin battery charger, so that you can effectively charge 4 batteries at once - 2 in the VPB-XT2 (only taking 2 hours), 1 in the X-T2 camera via USB, and 1 in the supplied battery charger. The VPB-XT2 also helps Fujifilm's longer lenses balance better on the X-T2 - we'd go so far as saying it's something of a must-buy accessory.

In summary, the Fujifilm X-T2 builds on the proven design of a very successful camera, the X-T1, improving areas that both Fujfilm and mirrorless cameras in general have typically struggled with, namely autofocusing on moving subjects, the viewfinder, 4k video support, and operational speed. And we haven't even mentioned yet that the X-T2 uses the same 24.3 megapixel sensor as the X-Pro2, which is a far cry from the megapixel wars of yester-year. The omission of the one-touch movie record button is more than a little puzzling now that the camera places so much more emphasis on shooting video as well as stills (it's now been assigned to the drive mode dial), while the lack of a touch-screen interface may put off some users (apparently pro photographers simply don't want it, according to Fujifilm's research), but overall the emphasis on improving the original model's key shortcomings is to be applauded.

What do you think? Could the Fujifilm X-T2 potentially spell the end for DSLR cameras? Let us know in the Comments section below...