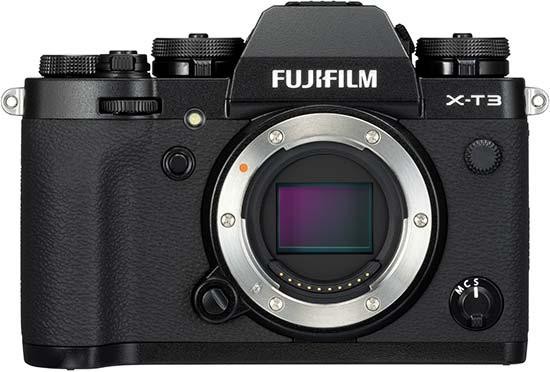 Fujifilm have announced a free firmware update for the X-T3 which will update the autofocus system so that it matches the same level of the X-T4.

Free firmware update due to be released for FUJIFILM X-T3

FUJIFILM Corporation (President: Kenji Sukeno) plans to release a free firmware update for the FUJIFILM X-T3 on October 28, 2020. The update will improve the autofocusing performance of the X-T3 to the same level as the FUJIFILM X-T4. This firmware will boost the AF speed, the camera’s AF tracking performance and the Face / Eye AF. In addition, the size of the AF area can now be adjusted during video recording. The update will bring new life to the X-T3, adding greater speed to make a great camera even better.

The fastest AF speed has been improved from 0.06 seconds to 0.02 seconds, equivalent to the performance of the X-T4. The algorithm for predicting subject movements has also been updated which means the expected ‘hit rate’ is now 90% or more, making it even more likely that users will capture that precious moving photo moment.

・AF tracking performance has been doubled*. Press the shutter button halfway down when a subject is in the focus area to maintain focus on the subject with a higher level of accuracy.

・The Face Tracking / Eye AF performance has also been upgraded. The algorithm has been re-written to double* the tracking performance of the Eye AF in continuous shooting modes. The camera can attain focus on a face or eyes quicker and more accurately even when shooting portraits that involve some movement.

・The update also allows the camera AF to work in low light levels down to -7EV**, facilitating fast and highly-accurate phase detection AF even in near darkness.

*When compared with the Firmware Ver. 3.30

・The size of the Single AF point can be adjusted during video recording.

・Ratings to images recorded in the [Jpeg + RAW] mode are applied to both Jpeg and RAW files.