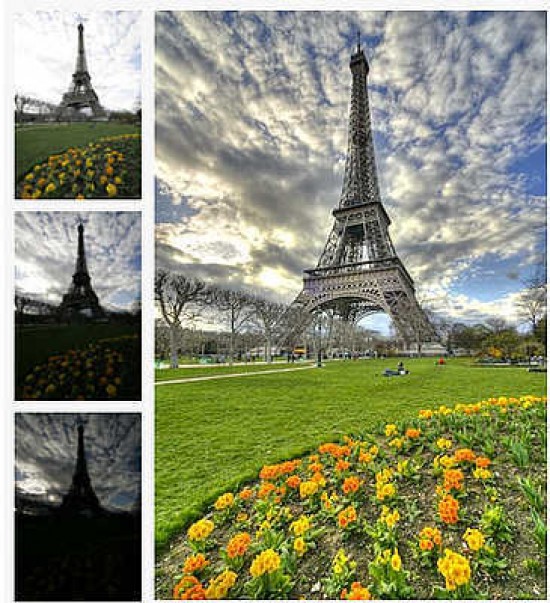 HDRsoft have released the plugin edition of Photomatix Essentials. Providing all the power and simplicity of the standalone edition, the new plugin is tightly integrated with Adobe Photoshop Elements. Adding the ability to process photos that have already been opened in Photoshop Elements, the Photomatix Essentials Plugin is designed for photographers who want an easy-to-use introduction to HDR imaging. The plugin is available for Photoshop Elements version 10 and above on both Windows ( XP / Vista / 7 / 8) and Mac OS X (Mac OS 10.7 or later).

Designed for photographers who want an easy-to-use introduction to HDR, Photomatix Essentials combines multiple shots taken with different exposure settings into an HDR image. It is straight-forward and intuitive, but powerful enough to produce professional-quality results. Under the hood, it is based on the same internal HDR processing engines as the flagship product Photomatix Pro.

Photomatix Essentials facilitates the capture of scenes with high dynamic range by merging several photos taken with different exposures.  Advanced alignment technology compensates for camera movement between different shots, allowing no-fuss HDR photography on the go, without the need to take a tripod everywhere.  Meanwhile, the "ghost removal" feature can detect and blot out artifacts that would normally arise from scenes containing moving people, cars or other objects.

With several different processing methods and adjustments, a wide range of styles are possible, varying from natural-looking, to painterly, and even surreal.  The final result can also be enhanced with finishing touches such as increased sharpness or contrast.  A selection of one-click presets make producing quick results a snap, and provide a good way to explore the available styles.

Even single photos can be greatly improved by Photomatix Essentials, a feature that is particularly useful in situations such as sports events when taking multiple photos is not possible, or when processing old photos after the event.

AVAILABLE FOR WINDOWS AND MAC

The Photomatix Essentials Plugin is available for Photoshop Elements version 10 and above on both Windows ( XP / Vista / 7 / 8) and Mac OS X (Mac OS 10.7 or later).

For more information and to download a free trial version, please visit
www.hdrsoft.com