iLovePhotos has announced the official release of its public beta. iLovePhotos is free desktop software for Macs that uses facial detection, visual tagging, automated sharing, and intelligent slide show technology to manage your digital photos. Alongside the launch of its public beta, iLovePhotos has also introduced a new Flash-based version of its Mac application. Users can access the online software from any Mac or PC without downloading any software.

Honolulu, Hawaii, Sept. 22, 2008 – iLovePhotos announced the official release of its public beta. The free Mac software takes a fresh approach to addressing the billions of photos that are left unorganized and forgotten on people’s hard drives each year – leveraging face detection, visual tagging, automated sharing, and intelligent slide show technology to let people effortlessly organize, share, and enjoy their photos – and all the memories attached to them.

iLovePhotos first unveiled this innovative photo sharing platform in private beta at DEMOfall2008 and is launching its public beta with an enhanced user experience now that the crowds are home from DEMOfall and TechCrunch.

With the public beta, people can organize and enjoy their photos with the following capabilities:

·      Automated sharing: With automatic sharing feeds, iLovePhotos takes all the work out of keeping family and friends connected with your photos. For example, share pictures of your baby’s first smile, bath, trip to the park, and baseball game with close friends and relatives. Every time you tag a photo of your baby, it’s automatically uploaded to the iLovePhotos.com website and all recipients receive an email with a link to the new shots.

·      Intelligent slide shows: Like a great radio station for your photos, iLovePhotos can bring back long-lost photos and favorite memories. It intelligently creates slideshows based on the people in your photos, how frequently they appear in your collection, and who they’re with most often. And these portable slide shows can be embedded on Web sites, blogs, and social network profiles and also be distributed and played across multiple platforms, including iTunes for syncing directly with iPods, iPhones, and Apple TVs.

·      Face detection and visual tagging: iLovePhotos makes it easy to tag and organize photos. Instead of photo albums and folders, iLovePhotos organizes photos based on the people in them. Simply click on a friend’s photo to show every photo they’re in.

Alongside the launch of its public beta, iLovePhotos introduced a new Flash-based version of its Mac application. Users can access the online software from any Mac or PC without downloading any software. And people can even bring their photos straight in from Flickr.

About Blue Lava Technologies
Blue Lava Technologies was founded in December 2005 by Lorenz Sell and Henk Rogers with the goal getting your photos back into your life. The company is headquartered in Honolulu, Hawaii and has received $3.2m in funding led by Henk Rogers and Kolohala Ventures. For more information, visit BlueLavaTech.com or iLovePhotos.com. 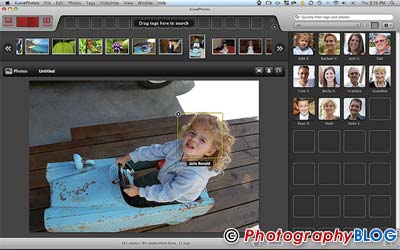 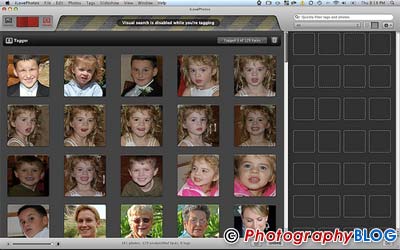