KaleidoCamera Turns Your DSLR into a Light Field Camera 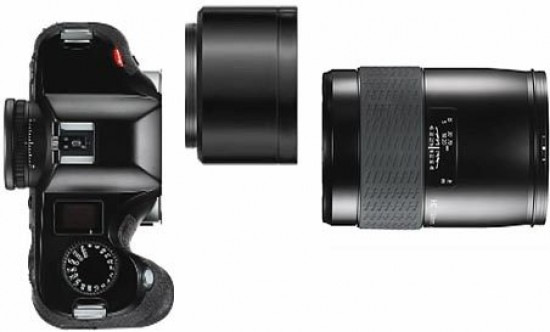 Researchers at Germany's Saarland University have devised a new accessory that enables a standard DSLR to function as a "Lytro-like" refocusable light field camera; and opens up new avenues for high-dynamic range imaging, multi-spectral photography as well as polarisation imaging. The scientists - including Alkhazur Manakov, Ramon Hegedűs, John F. Restrepo, Hans-Peter Seidel, Elmar Eisemann, Oliver Klehm and Ivo Ihrke - have announced that they would be demonstrating the prototype of the invention at this week's Siggraph conference and exhibition in Anaheim, California. Their device, called KaleidoCamera, is essentially an accessory that goes in between the camera body and lens, with a beam splitter that allows the camera to record several differently filtered images of the same subject for further processing. The picture above, taken from the researchers' demo video, suggests that the KaleidoCamera would look similar to an extension tube; but Mr Manakov says the actual device would have to be about "the size of an﻿ SLR tele[photo] lens." Click through / scroll down to watch the video created by the scientists.

"Our design is based on a physical copying mechanism that multiplies a sensor image into a number of identical copies that still carry the plenoptic information of interest," the scientists say. "Via different optical filters, we can then recover the desired information. A minor modification of the design also allows for aperture subsampling and, hence, light-field imaging. As the filters in our design are exchangeable, a reconfiguration for different imaging purposes is possible."