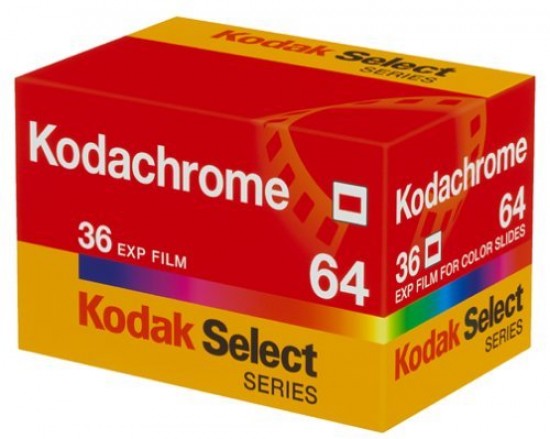 Eastman Kodak Company announced today that it will retire its Kodachrome colour film this year, concluding its 74-year run as a photography icon. While Kodachrome, which was born in 1935, was not the world’s first colour film using a subtractive method - brands like Gasparcolor had been around for a couple of years by then -, it was unquestionably the first commercially viable one, which put an end to the rule of additive processes like Autochrome or Dufaycolor that had dominated the colour film/plate market for the first couple of decades of the twentieth century. Kodachrome went on to become an iconic film used by many great photographers working for National Geographic and other publications. However, sales have declined dramatically in recent years, as people went digital or turned to newer films. Kodak claims that today it represents “just a fraction of one percent” of their total sales of still-picture films. Steve McCurry, the photojournalist who captured the legendary portrait of the Afghan girl on Kodachrome a quarter of a century ago, will have the privilege of shooting one of the last rolls.

Sales of KODACHROME Film, which became the world’s first commercially successful colour film in 1935, have declined dramatically in recent years as photographers turned to other, newer KODAK films or to the digital imaging technologies that Kodak pioneered. Today, KODACHROME Film represents just a fraction of one percent of Kodak’s total sales of still-picture films.

“KODACHROME Film is an iconic product and a testament to Kodak’s long and continuing leadership in imaging technology,” said Mary Jane Hellyar, President of Kodak’s Film, Photofinishing and Entertainment Group. “It was certainly a difficult decision to retire it, given its rich history. However, the majority of today’s photographers have voiced their preference to capture images with newer technology – both film and digital. Kodak remains committed to providing the highest-performing products – both film and digital – to meet those needs.”

While Kodak now derives about 70% of its revenues from commercial and consumer digital businesses, it is the global leader in the film business. Kodak has continued to bring innovative new film products to market, including seven new professional still films and several new VISION2 and VISION3 motion picture films in the last three years.  These new still film products are among those that have become the dominant choice for those professional and advanced amateur photographers who use KODAK Films.

Among the well-known professional photographers who used KODACHROME Film is Steve McCurry, whose picture of a young Afghan girl captured the hearts of millions of people around the world as she peered hauntingly from the cover of National Geographic Magazine in 1985.

As part of a tribute to KODACHROME Film, Kodak will donate the last rolls of the film to George Eastman House International Museum of Photography and Film in Rochester, N.Y., which houses the world’s largest collection of cameras and related artefacts. McCurry will shoot one of those last rolls and the images will be donated to Eastman House.

“The early part of my career was dominated by KODACHROME Film, and I reached for that film to shoot some of my most memorable images,” said McCurry. “While KODACHROME Film was very good to me, I have since moved on to other films and digital to create my images. In fact, when I returned to shoot the ‘Afghan Girl’ 17 years later, I used KODAK PROFESSIONAL EKTACHROME Film E100VS to create that image, rather than KODACHROME Film as with the original.”

For all of its magic, KODACHROME is a complex film to manufacture and an even more complex film to process. There is only one remaining photofinishing lab in the world – Dwayne’s Photo in Parsons, Kansas – that processes KODACHROME Film, precisely because of the difficulty of processing. This lack of widespread processing availability, as well as the features of newer films introduced by Kodak over the years, has accelerated the decline of demand for KODACHROME Film.

During its run, KODACHROME Film filled a special niche in the annals of the imaging world. It was used to capture some of the best-known photographs in history, while also being the film of choice for family slide shows of the Baby Boom generation.

To celebrate the film’s storied history, Kodak has created a gallery of iconic images, including the Afghan girl and other McCurry photos, as well as others from professional photographers Eric Meola and Peter Guttman on its website: www.kodak.com/go/kodachrometribute. Special podcasts featuring McCurry and Guttman will also be featured on the website.

Kodak estimates that current supplies of KODACHROME Film will last until early this autumn at the current sales pace. Dwayne’s Photo has indicated it will continue to offer processing for the film through 2010. Current KODACHROME Film users are encouraged to try other KODAK Films, such as KODAK PROFESSIONAL EKTACHROME E100G and EKTAR 100 Film. These films both feature extremely fine grain.  For more information, please visit www.kodak.com/go/professional.