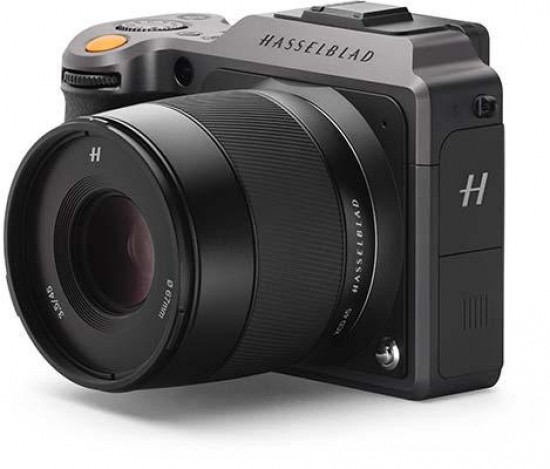 Introducing its largest firmware update to any Hasselblad camera at one time, Hasselblad launches Firmware Update 1.2.0 for both X1D II 50C and 907X Special Edition medium format cameras, in addition to Firmware Update 0.1.24 for the XCD 45P lens. A multitude of powerful features are added to the X1D II 50C and 907X Special Edition, including 2.7K/29.97 Video Recording, Focus Bracketing with all XCD lenses, Image Rating for simple image sorting and selection, White Balance Picker Tool, and more, resulting in further enhanced digital medium format camera systems that provide a wider breadth of creative possibilities. With the latest update to XCD 45P, Focus Bracketing can now be enabled on all X System cameras and 907X Special Edition cameras in addition to improved stability of auto focus and manual focus. Constantly striving to improve its camera systems with new updates and enhanced features, Hasselblad is determined to create even more powerful medium format shooting experiences for all types of visual artists.

Focus Bracketing: Expanding the feature set of the X1D II 50C and 907X Special Edition even further, Focus Bracketing allows a photographer trying to capture a subject with very limited depth of field, such as in macro or product photography, to capture a series of exposures of their chosen subject at a fractionally different focus point in each and then combine these captures in their chosen stacking software. The photographer will have full control over the number of frames in the sequence, the step size between each capture and an initial delay to allow any support system vibration to diminish. Note: Requires lens firmware 0.5.33 or later for all XCD lenses excluding XCD 45P. XCD 45P requires firmware 0.1.24 or later.

Image Rating: Image Rating can now be applied to all still image captures in camera, making image sorting and selection much easier when the captures are transferred to the user’s computer system. When in image playback mode, with the capture details overlay on screen, the photographer simply presses the star button or presses the displayed stars. All ratings are stored in the metadata of the captured image.

Expanded White Balance Tools: The menu organization and selection of White Balance presets has been improved with display of colour temperature and tint at each setting. For the most precise colour, a Picker has also been added where the photographer can sample a neutral portion of the image to balance colour.

Auto White Balance based on captured image: Auto White Balance is now based on the captured image which means that AWB can also be used when shooting in Manual Quick Mode (Manual Quick Mode specific to X1D II 50C only). It also solves the issue when working with flash in tungsten lighting where, previously, the correct white balance showed in either Live View or the captured image – now the correct white balance is present in both Live View and the final still image.

New language: Traditional Chinese has been added to language options.

EVF proximity sensor settings: It is now possible for users to adjust the sensitivity of the EVF proximity sensor. The improved setting accommodates users whose typical handling style does not always engage the sensor or prefer to disable the EVF completely.

Additional camera support: Cable-free operation with CFV II 50C Digital Back on 2000-cameras and unmodified 200-cameras added. Note: some cameras may not fully work due to mechanical tolerances of old cameras.

Improved stability of AF & MF: Full time Manual focus input sensitivity has been modified, to reduce the possibility of AF stopping when holding the lens.

Download Firmware Update 0.1.24 for XCD 45P and release notes for full details at My Hasselblad here.