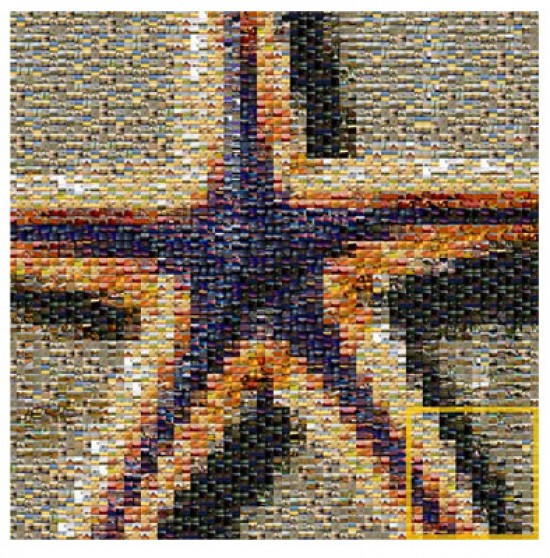 Infinite Photograph is a new Web 2.0 application from National Geographic, which turns hundreds of online media users’ photographs into infinitely clickable photo mosaics. Infinite Photograph - As Seen On Earth is part of The National Geographic Green Guide and can be reached via the first link below. The application is great fun if a bit slow to load. By clicking your way deep into the Infinite Photograph, you are promised to “get a truly boundless picture of Earth”. If you would like to submit an image, you can do so by visiting the second link. You will need to create a National Geographic account first if you haven’t got one yet, but after that, things are pretty straightforward. Submitted images must be in JPEG format and at least 1,600 pixels in the longer dimension.

Gearing up for Earth Day, the first Infinite Photograph theme debuts April 15 at www.ngm.com/infinite, featuring mosaics created from user-submitted photos of the natural world as part of National Geographic’s My Shot “As Seen on Earth” hub, found at http://ngm.nationalgeographic.com/myshot/infinite-photograph/earth.

“Infinite Photograph taps into avid social media users and photography enthusiasts in a way no Web technology has done to date,” said Rob Covey, NGDM’s senior vice president of content development and design for online material. “National Geographic has long been known as a leader in stunning photography and for its commitment to preserving our planet. Infinite Photograph supports that longstanding identity and simultaneously represents a significant leap forward into using advanced technology to increase engagement with the brand.”

National Geographic launched My Shot last year, generating an online destination where viewers can build their own photo-based National Geographic Web page as well as create and share albums, puzzles and games with fellow users. To date, My Shot has garnered more than 50,000 members, who have uploaded more than 250,000 photos featuring images of people and places around the world.