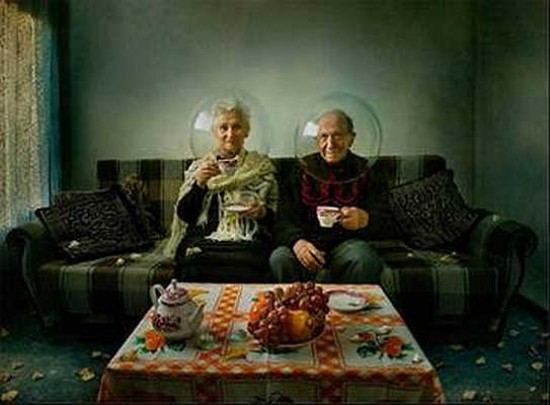 Nikon has announced the winners of the Nikon Photo Contest 2012-2013. The Grand Prize winner is Dina Bova from Israel, whose entry, "Elegy of Autumn" (above) has been selected from 99,339 works submitted by 22,752 photographers from 153 countries and regions around the world. Final judging took place between June 11th and June 14th, 2013 with the global panel of 17 judges, from a range of photography backgrounds, gathering in Tokyo. Winners were selected based on their ability to tell a universal story, diversity, the strength of their message, creativity, and the techniques used.

Record number of entries from 153 countries and regions

UK, London:  Nikon today announced the winners of the Nikon Photo Contest 2012-2013 in a record year for the competition. Almost 100,000 entries from 153 countries and regions were submitted.

Ms. Dina Bova's submission, "Elegy of Autumn", is the winner of the Grand Prize.  All winning images, including the Grand Prize winner, will be exhibited on the Nikon Photo Contest 2012-2013 Judging Results page from today.

Judges selected one Grand Prize winner, a total of 48 1st, 2nd and 3rd place winners from each of categories A–C, and three winners for category D. In addition, the best work captured using a NIKKOR lens was selected for the NIKKOR Award; and a single work selected for the Participants Award for Most Popular Entry.

Final judging took place between June 11th and June 14th, 2013 with the global panel of 17 judges, from a range of photography backgrounds, gathering in Tokyo. Winners were selected based on their ability to tell a universal story, diversity, the strength of their message, creativity, and the techniques used.

Award-winning works from the Nikon Photo Contest 2012-2013 will be exhibited from August through to October:

More information about the Nikon Salons can be found here:
http://www.nikon-image.com/activity/salon/


Comment from Grand Prize winner, Dina Bova (Israel)
”It is a melody of autumn – a story about elderly couple living together all Life, each in his personal world, each with his own secrets. It’s also a story about immigrants living in a tiny apartment, still keeping their old festive clothes and other memorable things from the previous life. It’s a story of people who live modest life, but with dignity.  It’s a story that has both sadness and happiness… In this artwork the spheres serve as metaphors for dissociation from the outside world and even from each other. This work is one of my favorites and very important to me. Its story touches me deeply. So I’m very happy that it was recognized in such a respected competition.”

Judge's comment on Grand Prize winner
“Our Judges loved this image. It tells so many stories. It is at once traditional and respecting of the elders set in a classic living room, yet whimsical with the reference to space travel. It points to our future while honoring our past. Indeed deserving of the Grand Prize.”
(Chris Rainier)

Since the first Contest was held in 1969, thousands of photographers from around the world have participated and shown their support for the contest. To date, more than 370,000 photographers have submitted over 1,460,000 photographic works in the contest, making it a truly international event. With the 34th Contest, held this fiscal year, a number of changes were made to submission requirements, including the addition of a new photographic video category.