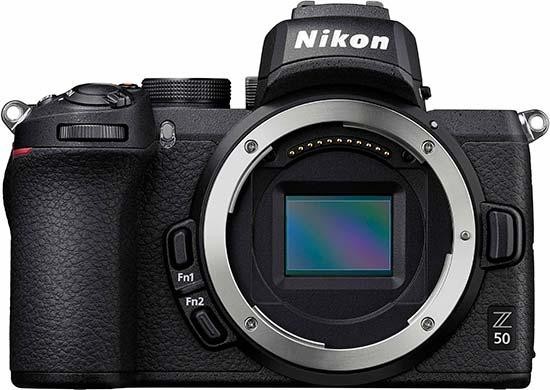 By popular demand, the Z 50 update (firmware version 2.00) includes the addition of Animal-Detection AF support, making it possible for the camera to detect the eyes and faces of dogs and cats. The feature, which already exists on the Z 6 and Z 7 cameras, both improves and supports the shooting process by enabling the user to concentrate more on interacting with the animal and on framing the shot, instead of finding the focus. The update also includes improved subject tracking with still-image shooting for a more flexible operational feel.

The updates to all three cameras also provide support for the new Z TELECONVERTER TC-1.4x and Z TELECONVERTER TC-2.0x, which extend the focal length of the primary lens. These new teleconverters will expand telephoto shooting possibilities when used with compatible lenses, beginning with the NIKKOR Z 70-200mm f/2.8 VR S and future interchangeable lenses for Nikon mirrorless cameras.

Functions improved with the firmware updates

1. Animal-Detection AF for automatic focusing on the faces or eyes of dogs and cats

Animal-Detection AF adds support for photographing dogs and cats with the face and eye detection feature. When multiple animal faces or eyes are detected, the user can use the left and right indicators to choose where the camera focuses. Only animal faces (not eyes) are recognised with video recording.

Subject tracking with still-image shooting in AF-A, AF-C, and auto-area AF in AF-area mode has been modified for a greater and more flexible operational feel. The camera tracks the subject while the shutter-release button is pressed halfway and ends when the user takes their finger off the button. Operation has improved so that the focus point returns to the original position before subject tracking.

A custom control can also be configured for switching between the auto-area AF screen and the subject tracking screen, allowing users to more easily transition to subject tracking, or to change the target subject, while looking through the viewfinder.

The Z TELECONVERTER TC-1.4x and Z TELECONVERTER TC-2.0x extend* compatible NIKKOR Z lenses’ telephoto capabilities by increasing the focal length of the primary lens (by 1.4× and 2.0× respectively). The first of the compatible lenses will be the NIKKOR Z 70-200mm f/2.8 VR S. Using these teleconverters does not change the minimum focus distance so they allow users to bring their subjects even closer when shooting. They also maximise the AF and VR performance of the primary lens for a comfortable shooting experience.

*When the TC 1.4× is used, the speed (brightness) of the primary lens drops by one stop. When the 2.0× teleconverter is used, the lens speed drops by two stops.