Olympus at Focus on Imaging 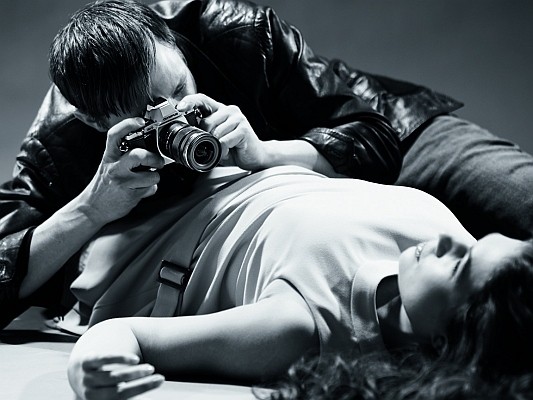 Visitors to the Focus on Imaging trade show will have a chance to see the Olympus OM-D in the flesh and watch a performance by dancers James and Ola Jordan. The four days of the show (4-7 March) will also see a packed schedule including talks by a number of experienced Olympus photographers and the editorial teams of several of the leading photography magazines. Confirmed speakers include Neil Buchan-Grant, Gabrielle Motola, Nick Mason, Rob Spay, Steve Gosling and Jim Saunders. James and Ola will be performing Sunday, Monday Tuesday at 12 and 2pm.

Keep dancing with Olympus at Focus

Not only will Focus be the first official chance to see the much talked about OM-D in the flesh but James and Ola Jordan from TV’s Strictly will be making special appearances to celebrate the launch.

James and Ola, who have shone with a variety of challenging partners on the popular TV show will be performing Sunday, Mon, Tues at 12 and 2pm. There also will be a Q&A session and photocall.

The 4 days will see a packed schedule including talks by a number of experienced Olympus photographers and the editorial teams of several of the leading photography magazines on topics including “how to” and photo critiques.

The selection of Olympus Photographers will be presenting their favourite Olympus images and talking about the OM-D and how it looks to them.

We will be running a 4 day photo competition for best “Spirit of Focus” shot taken during the show each day. Live demos of the OM-D and Pen cameras with models including a masterclass each day by Damian McGillycuddy and talk to our training team about the Pen range including special show offers on the Mini and Lite models only at the show.