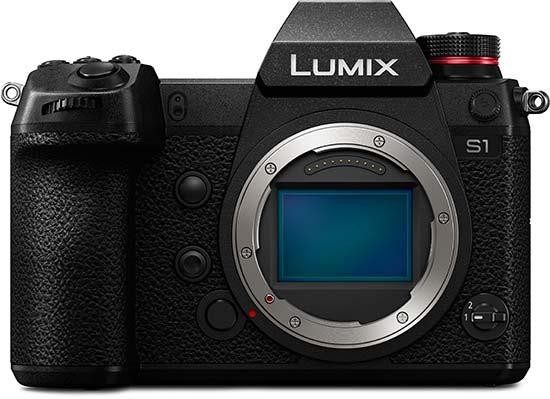 Panasonic has just announced the release of major firmware update programs for its LUMIX S and G Series cameras.

The improved auto-focus from the recently released Lumix S5 will be rolled out for the S1, S1R and S1H.

4th November 2020 - Panasonic has today announced the release of firmware update programs for its LUMIX S and G Series cameras, which will be available free of charge. Panasonic continues to follow its philosophy and implement advanced technology developments not only to new products but also to those already released and improve existing models via firmware update.

Additionally, a further firmware update (v2.0) will be available for LUMIX S1 in 2021 to enhance its functions and performance.

S1, S1R and S1H will inherit the improved autofocus technology and performance of the new LUMIX S5. In addition to the eye, face and body now the head is separately recognised by real-time detection technology. The camera keeps tracking the person even if they move quickly, turn their head or back to the camera, tilt their head or move far away. Additionally, improvements to the DFD technology have enhanced the continuous autofocus (AFC), which enables users to keep tracking small or fast-moving subjects. The AF-advancements are available for both photo shooting and video recording.

In addition, the firmware updates also include :

• [AF+MF] mode can be used during video recording

• Vertical video playback has been added to S1H, S1R and S1

• 5K video recording has been added to S1R

• Vector Scope display has been added to S5

• Master Pedestal Level has been added to S5

• [L.ClassicNeo] and [L.Monochrome S] Photo Styles have been added to S5

Further Updates for LUMIX S1 in the First Half of 2021

To meet the demands of users, the LUMIX S1 will continue to evolve. With firmware 2.0, the user will be able to manually switch the Dual Native ISO settings. As well as V-Log recording, further enhancements will be available with the purchase of DMW-SFU2, including an anamorphic mode and timecode function, in addition to 5.9K/C4K and 4K60/50p 4:2:0 10bit internal video recording and 5.9K/4K/Anamorphic (4:3) 3.5K 12-bit RAW video data recording over HDMI on an Atomos Ninja V.