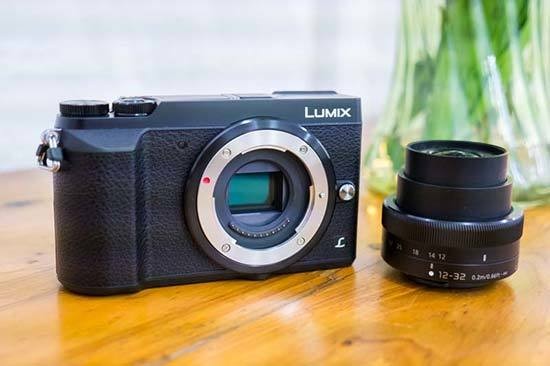 Panasonic has introduced a new compact system camera which sits in between the GX(single digit) and the GF ranges in terms of who it is aimed at.

The Panasonic Lumix DMC-GX80 features a 16 million pixel sensor and a Venus Engine was has been tweaked to work specifically in this camera. For the first time in a G series camera, the optical low pass filter has been removed which boosts the sensor’s capability to record fine detail.

A new 5-Axis Dual I.S. system combines OIS (Optical Image Stabiliser - 2 axis) as well as B.I.S (Body Image Stabiliser - 5 axis) in the main body of the camera. This is designed to negate the effects of hand shake, and Panasonic claims that it is the “best IS in the camera market” - which it says is especially true when shooting with telephoto lenses.

A brand new shutter unit has been designed to minimise slight vibrations and shutter sound when pressing the shutter button. This means that you can use the mechanical shutter in situations where you might have only been able to use the electronic shutter before.

Other features include a LVF (Live Viewfinder) with 2764k-dot equivalent resolution and a 3.0-inch, approx 1040k-dot resolution touch sensitive monitor which tilts 80 degrees upwards and 45-degrees downwards. Wi-Fi is included, but NFC is not.

The Panasonic Lumix DMC-GX80 has been designed as an alternative for the GX8, being cheaper and slightly lower specced in some respects. However, to look at, it appears very similar to the GX7 - the GX8’s predecessor.

That means it’s got a nicely slim and sleek body, and while it’s not quite pocket sized, it’s not too far off when paired with the small collapsible 12-32mm lens (which will be the default kit lens). On the front of the camera is a grip to help your finger rest nicely and give good purchase. Where your thumb sits on the rear of the camera is also textured, preventing your thumb from slipping onto the screen when holding the camera.

On the top of the camera is a mode dial which allows you to quickly choose a shooting mode, such as aperture priority, fully automatic, scene mode and so on. In a difference from the GX8 however, there’s no exposure compensation dial for quickly making such a change.

Panasonic views this camera as being for photographers who are not quite as advanced as GX8 users, so it’s not too much of a surprise to see a dial like this missing. Around the shutter release is a dial which will allow you to alter aperture or shutter speed (depending on the shooting mode you’re in). There’s a secondary small dial on the back of the camera which can also be used for a similar function - you can set up how these dials work in the main menu.

In another difference from the GX8, while the Panasonic Lumix DMC-GX80   has an electronic viewfinder, it’s not quite as large as the GX8’s, and it also doesn’t tilt. While this makes it not quite as pleasant to use, it does help save on space (and cost) and becomes something you’ll perhaps use only for shots in bright sunlight, rather than every shot. That said, the view inside it is bright and clear, if a little more cramped than perhaps we’d generally like.

Similarly, the Panasonic LUMIX DMC-GX80’s back screen only tilts, rather than being fully articulating. That makes the GX8 perhaps a little more suited to video shooting (and selfies), but a tilting screen is still useful for a number of different awkward angles. As we’ve come to expect from Panasonic G series cameras, it is touch sensitive and very responsive. You can use the touchscreen while using the viewfinder to set the autofocus point, which is an innovation other manufacturers are now starting to copy because it is so useful.

The buttons occupying the rear of the Panasonic Lumix DMC-GX80   will be familiar to anybody who has used a Panasonic G series camera before, and make for a very sensible way of working. As always, there are a number of function buttons (four in this case) that can be customised to work in different ways depending on your preference but which have a default function already. For instance, one near the viewfinder controls the viewfinder function, while another near the navigational pad switches on Post Focus shooting. If you decide you’d prefer something else to be more easily accessible, you simply change their function in the main menu.

A quick menu can be accessed by pressing the Fn2 button when in shooting mode. This will bring up most of the key settings that you’re likely want to change shot to shot, such as white balance, ISO, Picture Style and so on. You can either use the touchscreen to navigate around this menu, or the directional keys on the back of the camera.

There’s also another more extensive menu if you need to make other changes, such as to the date and time, or change the function of buttons. This is a sensibly arranged menu, and doesn’t take much getting used to, especially if you’ve used any Panasonic cameras before.

Like other Panasonic G series cameras, the Panasonic Lumix DMC-GX80   has 4K Photo modes. This utilises the ability to capture 4K video for a number of different functions. One of these is Post Focus, which allows you to take a series of photos all with a different focus point, and then choose your preferred one after you’ve captured the shot. This can be more useful for some subjects than others, for example with Macro it’s a great idea.

There’s also the three standard 4K photo modes. There’s 4K Burst, which will keep shooting at 30fps so long as you have the shutter release held down. There’s 4K Burst (Start/Stop), which will start recording with a single press of the shutter release, and stop when you press it again and 4K Pre-Burst, which will record just two seconds of footage, one second before you fully press the shutter button, and one second after to give you 60 frames to shoot from. Which mode you use will be dependent on the shooting situation - after you’ve recorded, you can simply play back the frames on the camera and choose the one you want to extract. It will be extracted at 8 million pixels, rather than the full 16 the sensor offers, but that’s still enough to print at A3 size.

Dedicated function buttons are available for these 4K modes, but again, you can switch these to another function if you’re not using the 4K modes all that often.

Hidden away a little more, there’s also Light Composition, which gives you the opportunity to combine several frames into one final image, giving priority to specific pixels based on their brightness. So, you can use it for fireworks or night sky images to dramatic effect.

We’ll be updating this review as soon as a full sample becomes available, but we can already make some pleasing assumptions about this camera.

It seems very likely that image quality will be high and it will be interesting to see how the removal of the low pass filter will affect detail resolution - that’s something we’ll be paying particular attention to when it comes to the review, especially concerning whether moire patterning is introduced.

Similarly, we’ll also be keen to see how the sensor copes with low light shooting. It’s got fewer pixels than the GX8, but that doesn’t always necessarily translate into poorer image quality.

When the GX8 was announced, many people missed the smaller body size of the GX7 so its nice to see Panasonic bringing that kind of style back for its new addition.

Sitting between the GF7 and the GX8, it’s a logical camera for people who don’t need the quite so advanced features of the GX8, but still like a viewfinder and are attracted to 4K Photo Modes.

While we can’t yet comment on the quality of the images the Panasonic LUMIX DMC-GX80 produces, they’re likely to be very good and continue Panasonic’s good tradition with mirrorless cameras.

It may be difficult for consumers to choose between the GF7, Panasonic Lumix DMC-GX80   and GX8 as the differences between them are reasonably subtle. However, with different price points and different intended audiences, there is room for all three to co-exist right now.

We’ll be updating this review with more information as soon as a full production sample of the Panasonic LUMIX DMC-GX80 is available.