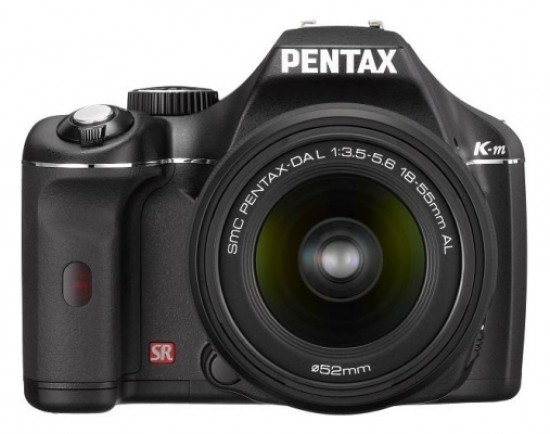 Pentax have ruled out a move to higher megapixel sensors, and revealed their plans for full frame, medium format and EVF cameras. Talking about sensor resolution in APS-C DSLRs, Gabriele Remmers, Marketing Communication Manager of the Division of Imaging Systems of Pentax Europe says the “sensible limit [...] has been reached”, and also talks about Pentax’s full frame and medium format plans as well as whether Pentax sees a potential in interchangeable-lens EVF cameras. In an interview published in the April 2009 print issue of Germany’s fotoMAGAZIN, she argues that it is becoming more important to improve on other aspects of image quality, such as lowering noise without sacrificing fine detail and texture. This echoes the words of Olympus’ Akira Watanabe, who has recently claimed Olympus would stop increasing the pixel count of their DSLRs and concentrate on reining in noise and expanding dynamic range instead. Talking openly about challenges and priorities, Ms. Remmers also answers questions regarding Pentax’s full frame and medium format plans and reveals what the company thinks about interchangeable-lens system cameras sporting electronic viewfinders.

With respect to the latter, fotoMAGAZIN quotes Remmers as saying, “we do not see a real need for them”, claiming that “a high-quality optical viewfinder such as the pentaprism finder in our K20D easily bears comparison” with any EVF. As regards Pentax’s medium-format plans, she admits that their “priorities are clearly on products that address a broader audience”, adding that “as a comparatively small manufacturer, we have to allocate our resources according to business priorities”, which effectively means that the development of a digital medium-format Pentax model has been put on the back burner for the time being. Finally, when asked about Pentax DSLRs with a ‘full-frame’, i.e. 36x24mm sensor, Gabriele Remmers pointed out that they first needed to build ‘appropriate lenses’ before they could move on to another sensor format - which might sound a bit surprising given Pentax’s decades-long history of manufacturing lenses for 35mm film cameras.