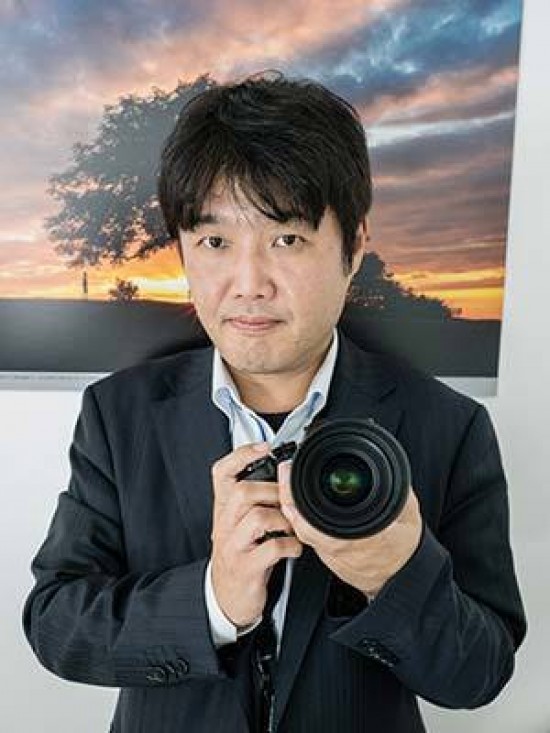 We sat down with Setsuya Kataoka, the Deputy Division Manager of the Imaging Product Development Division of Olympus, to discuss the new Olympus OM-D E-M1 Mark II camera.

Where is the Olympus OM-D E-M1 Mark II made?

How long has the OM-D E-M1 Mark II been in development?

The OM-D E-M1 Mark II has been in development since 2011/12 for the sensor and processor, and 2013 for the camera body, which is much longer than you might think. The overall design was finalised 1 year ago, and since then small tweaks have been made.

Who is the OM-D E-M1 Mark II mainly aimed at?

Professional photographers are the first target audience, then high-end amateurs and enthusiasts. Olympus are also targeting DSLR owners, rather than current mirrorless owners, who are switching from a bigger, heavier system.

Do you think can you convince professional sports photographers to use the OM-D E-M1 Mark II, instead of Canon or Nikon DSLRs?

Olympus need a full back-end system to support pro photographers at a major event like the Olympics. At the moment, the OM-D E-M1 Mark II is more aimed at sports photographers who work a lot on their own who can support themselves, and like the portability of a smaller system.

What is the best-selling Olympus camera?

Is the image sensor the same as the Pen F?

No, it’s a new sensor that has never been used in an Olympus camera before. The read out speed is 2x faster, there is face detection on the sensor.

Does the OM-D E-M1 Mark II offer the best image quality of any Olympus camera?

Yes! Dynamic range is better, and also noise is better. So the OM-D E-M1 Mark II definitely offers the best overall image quality of any Olympus camera to date.

Can you explain the key improvements in the auto-focusing system, compared to the original E-M1?

The key takeaway message is that the AF speed and focusing quality have improved dramatically since the original E-M1 – this is even more important than the headline specs.

The image stabilisation now compensates for the equivalent of up to 6.5 steps. Can you explain how this improvement has been made? Does it work with all lenses, or just the new 12-100mm and 300mm?

Synchronising the image stabilisation between the lens and camera body is difficult. The physical gap is different for every lens, so only two newer lenses (12-120mm and 300mm) offer 6.5 steps of compensation. 6.5 steps is actually a physical maximum – the Olympus engineers are faced with the difficult question of how do you compensate for the rotation of the earth?!

There are 5/5.5 steps of compensation for all older lenses because they don’t have the in-lens stabilisation system as well.

The rolling shutter effect on the OM-D E-M1 Mark II is half what it was on E-M1. The mechanical shutter is still potentially better in a wider range of subjects, but the electronic shutter is closing the gap. Olympus suggest that there’s a 50/50 preferable usage split between using either shutter. When using the mechanical shutter, the continuous shooting speed is 10fps with continuous AF, and 15fps with AF fixed at the first frame.

Is the new EVF good enough to convince people who want an OVF to choose the OM-D E-M1 Mark II?

Yes. The EVF’s latency is 6ms, and human beings can’t actually recognise that latency. There is also virtually no blackout now when following a moving subject.

Can you explain how the new Pro Capture shooting mode works?

This feature is not aimed at pro photographers, more enthusiasts who are less experienced at timing the shot. The camera can now estimate the best timing for taking the best shot. There was some debate within Olympus about what to call it – they settled on Pro Capture to try and get people to use it because it might improve their photography.

Only one of the memory card slots is UHS-II-compatible  - is there any technical reason why only one is?

It’s a question of finite resources. There’s only so much processing power provided by the TruePic VIII processor, which is required elsewhere on the camera, so there’s only enough left over to power one fast UHS-II slot (which is slot 1).

The OM-D E-M1 Mark II is the first Olympus camera to feature 4K video recording. Do Olympus think their cameras are primarily for still photos? Or are they now targeting videographers as well?

Olympus want to keep focusing on still images, it’s their fundamental policy, but they are now trying to satisfy the demands of customers, both existing and potential, for video.

5-axis image stabilisation is also good for movies, so it plays to that strength to add 4K video.

Can you record video longer than 30 minutes in length?

Olympus know it is a big issue, but they are still limited by Customs laws, so the limit remains 29 mins 59 secs.

Why did you choose an articulating screen, rather than a tilting one?

The OM-D E-M1 Mark II uses a brand new battery to accommodate more demand for power, coupled with a lower power consumption sensor. Also, the remaining battery life is now shown as a % onscreen, which goes down much more gradually than on the original E-M1.

Can you use the 50 megapixel High Resolution mode whilst hand-holding the camera, or do you need to use a tripod? Does it compensate for moving subjects?

At the moment you still need to use a tripod. It’s very much a future possibility but not yet. It might work with some moving subjects, such a leaves in the breeze, but it needs testing out in a variety of different situations by end users.

Can you explain more about the Olympus Pro Service? Which countries will it be in? When does it start? Can anyone join?

The Pro Service will be available from day one, when the camera ships. It’s available to anyone who buys an OM-D E-M1 Mark II, with three different levels on offer. The service may be expanded to cover other products, but it’s just this camera first so Olympus make sure they get it right. It will only be available in Europe initially. Japan and US have their own systems.

Is there a new lens roadmap?

Internally, yes. Nothing has been announced in public though.

Will Olympus ever make a larger-format camera?

Never say never, but it’s not planned at the moment!