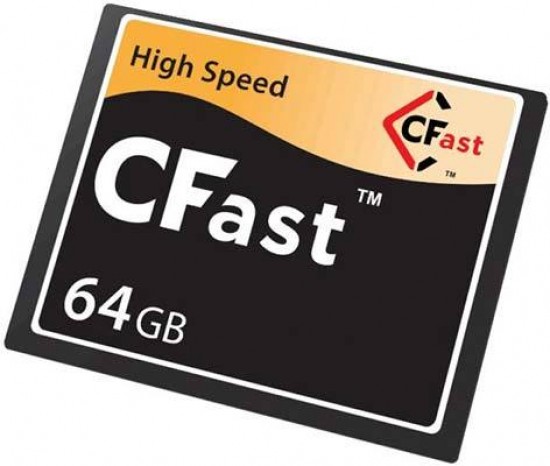 SanDisk have confirmed that they will not be producing XQD flash memory cards. Speaking to Photography Blog at Photokina today, Susan Park, Director of Product Marketing, Retail Imaging, said that the market-leading company have instead chosen the CFast 2.0 standard for their future high-end cards.

Co-invented by SanDisk and the Compact Flash Association, the recently announced CFast 2.0 specification will provide a performance capability of up to 600MB/sec, meeting the needs of 2K/4K video which requires much faster speeds than the current Compact Flash specification allows for. A 100Gb file takes only 5 minutes to transfer at 350Mb/s - 20 minutes is more the norm with current CF cards.

SanDisk are working closely with camera manufacturers including Canon and Phase One, and sampling of the new CFast 2.0 cards has already begun, although because the new standard has a SATA interface, there are no cameras currently on the market that are compatible with the still-theoretical SanDisk CFast card.

We’re awaiting Nikon’s response to this news, as their flagship D4 DSLR is the only camera that actually uses the XQD format. Sony are currently the sole manufacturer of XQD cards, although Lexar did announce plans to support the format earlier in the year and are working on finalising their product.