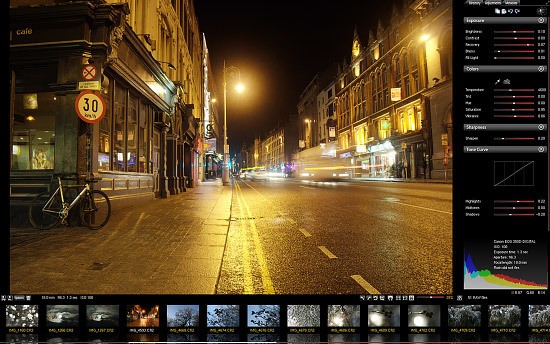 Scarab Darkroom from Scarab Labs is a new, fast, free and easy-to-use raw converter for Windows. “The beta version of the program has been downloaded over 50.000 times, and is proving to be especially popular among Olympus and Sony users,” says developer Kornél Leh?cz. That is not to say Scarab Darkroom is in any way limited to those two brands - in fact it supports raw file formats from over 100 different cameras. A Mac edition and a paid version with an extended feature set are also in the works. The free Scarab Darkroom 1.0 program is available to download from the website below.

May 18, 2012 - Scarab Labs has released Scarab Darkroom 1.0 - a free digital camera raw converter for Windows, which excels with its speed and ease of use. After a long beta testing phase the stable version of the software is now available for download from the Scarab Labs website at www.scarablabs.com/scarab-darkroom. The beta version of the program has been downloaded over 50.000 times, and is proving to be especially popular among Olympus and Sony users. The software supports raw formats from over 100 different cameras, and provides basic editing features. An enhanced (paid) version with more features can be expected soon.

About Scarab Labs
Scarab Labs was founded in 2008 by ex-game developer Kornél Leh?cz with the aim of creating great software for the photography, graphic design, and visual effects industries. He has already released star filter plug-ins for Adobe Photoshop and After Effects, which are used by numerous professional photographers. For more information visit www.scarablabs.com!