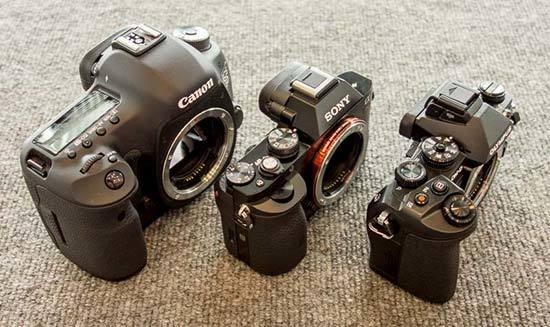 As you'll see in the gallery, the Sony A7 is much smaller than Canon's full-frame DSLR, as you'd expect, but it's actually about the same size as Olympus' new mirrorless offering, which uses a comparatively tiny Micro Four Thirds sensor!

Obviously you then have to factor in the lenses, which are bigger on Sony's new FE full-frame system, but it's clear to see that Sony have put a lot of effort into making their new A7/A7R bodies as petitie as possible

A gallery of 20 photos of the Sony A7 camera compared with the Olympus OM-D E-M1 and the Canon EOS 5D Mark III. 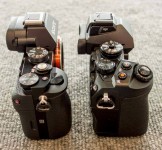 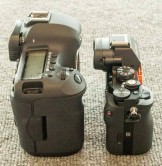