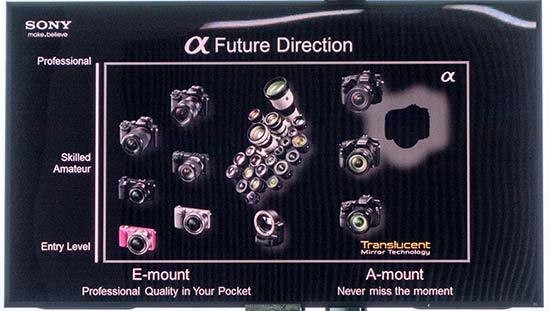 Sony have announced that a new mid to high-end Alpha mount camera body is currently under development. Due to be released in 2014, the new body confirms that Sony are still committed to the A-mount system. No further details about the new body have been released at today's London press briefing.

Meanwhile, it seems that the company's NEX branding is to be officially ended, as Sony focuses on promoting the Alpha naming convention for all of its mirrorless cameras. So expect to see future E-Mount cameras without that familiar NEX nomenclature...