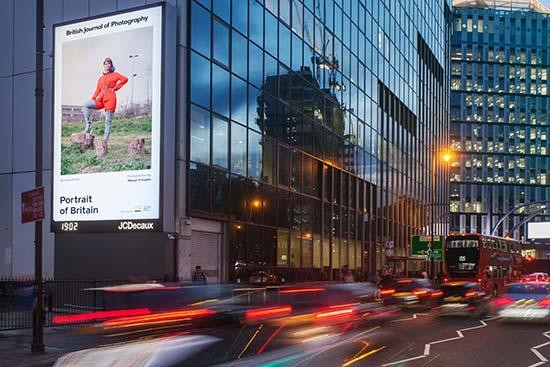 The British Journal of Photography invite submissions to the third edition of the Portrait of Britain exhibition. Both working photographers and non-professionals are welcome to apply.

British Journal of Photography invite submissions to the third edition of PORTRAIT OF BRITAIN, a nationwide exhibition in partnership with JCDecaux UK that shows the many faces of modern Britain.

Portrait of Britain is the largest exhibition of contemporary photography ever held, as much a celebration of photography as it is a celebration of our country’s people. We are looking for pictures that reflect the unique culture and diversity of British people. We welcome pictures from every corner of Britain and in every form, from casual snapshots and selfies, to documentary projects. Photographers may submit portraits of family, friends, themselves, or simply people they find interesting. Entries are open to all people and all interpretations of portraiture, provided images have been taken within the United Kingdom since 1 January 2012. Once again, 100 winning portraits will be chosen for the public exhibition in September 2018, displayed on JCDecaux UK’s national digital channel of screens - appearing in rail, retail and roadside locations. For the first time, 200 portraits will be selected to appear in the Portrait of Britain book, which will be distributed worldwide. A selection of winners will also grace the pages of The British Journal of Photography’s annual Portrait issue.

Portrait of Britain generates outstanding media exposure and nationwide visibility, changing the lives and careers of many participating photographers. Shortlisted and winning photographers will also be promoted across BJP’s online platforms, reaching an international audience of 3.8 million.

For some, Portrait of Britain has given them so much exposure that they’ve decided to expand their projects and take them to an international level. 2016 winner Rosie Matheson has said that,“receiving the PoB Award has given me confidence in my personal work, and has spurred me on to really believe in and get into this project.”Last year, she spent time shooting in Los Angeles, and has plans to take her work to a global capacity.

For other winners, it has boosted their confidence and given them the conviction to pursue photography as more than just a hobby. 2017 winner David Hawley did not practice photography professionally when he entered last year, but has since been represented in three London-based exhibitions. “It was a tremendous thrill to be included amongst a group of photographers whose work I have admired and respected for, in some cases, many years.”

Both working photographers and non-professionals are welcome to apply. If you’ve taken a portrait of Britain, then we want to see it!