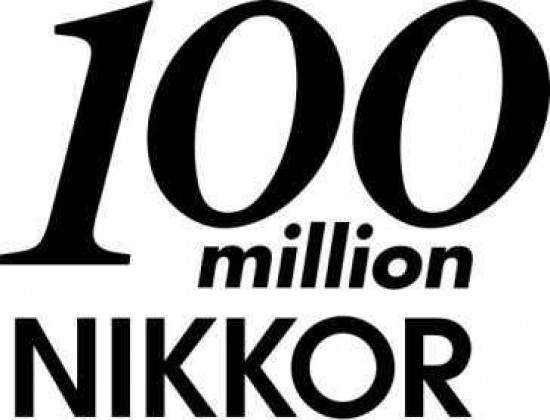 Nikon has announced that total production of Nikkor and 1 Nikkor lenses for interchangeable-lens cameras has reached one-hundred million in June 2016. As the 95 millionth interchangeable Nikkor lens was manufactured in July 2015, this means that Nikon produced no less than 5 million interchangeable lenses in less than a year. The company's line-up of Nikkor lenses currently consists of more than 90 different models, including primes covering ultra wide-angle to super-telephoto angles of view, fisheye lenses, zoom lenses, micro lenses, and PC-E lenses that support a wide variety of applications, as well as 1 Nikkor lenses for compact system cameras.

The history of NIKKOR, Nikon's brand of photographic lenses, began in 1932 with Nikon's (then Nippon Kogaku K.K.) registration of the NIKKOR trademark, soon followed in 1933 with the release of the Aero-Nikkor aerial photographic lenses. In 1959, Nikon released the Nikon F SLR camera, as well as its first NIKKOR lenses for Nikon SLR cameras, including the Nikkor-S Auto 5cm f/2.

The NIKKOR name arose from adding "r" - a common practice in the naming of photographic lenses at the time - to "Nikko", the Romanized abbreviation for Nippon Kogaku K.K., the original name used when the company was established.

The Nikon F mount has been used by Nikon for its SLR cameras and interchangeable lenses since the release of the Nikon F in 1959. Throughout its history, the F mount has adopted the cutting-edge technologies of the time, including aperture control and autofocus, and continues to do so, ensuring support for the latest digital cameras and lenses.

Nikon also upholds its work in the research and development of evaluating optical performance. In 2013, Nikon began the development and deployment of OPTIA*2, a device for measuring all forms of aberration*3 occurring with photographic lenses, as well as a dedicated image simulator, that is used with OPTIA.

The image simulator (software) enables simulation at the design stage that is equivalent to actual photography with lens prototypes. Consequently, lenses can be developed with greater control over not only resolution, but also a wide variety of lens characteristics, such as blur (as known as "bokeh"), reproduction of textures, and sense of depth.

One of the lenses designed using OPTIA is the new AF-S NIKKOR 105mm f/1.4E ED. This lens embodies the "three-dimensional high-fidelity (superior reproduction characteristics)" design concept, with a more natural reproduction of three-dimensional objects on a two-dimensional photograph. It provides photos with a natural sense of depth and in which the primary subject is impressively rendered, while expressing beautiful bokeh characteristics that change gradually as the distance from the focus position increases.

Nikon has launched the www.nikkor.com global site to share a wide variety of captivating NIKKOR content, including photo and video galleries of works taken with NIKKOR lenses, interviews with lens designers, and much more.

*3 Aberration occurs when light from one point of an object does not converge into a single point after transmission through an optical system, causing image "bleed" or "blur". Aberration may also cause the image of an object to be formed in a different shape from that of the object.