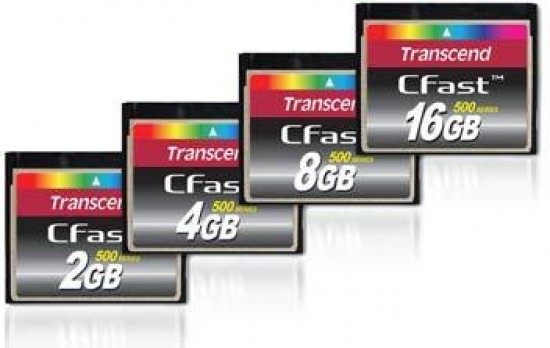 As with the SD card and its enhanced versions, SDHC and SDXC, CFast is the latest specification for CF cards, developed by CompactFlash Association (CFA) as a removable high-speed storage solution for industrial use. Compared to current CF cards based on the slower ATA/IDE interface, Transcend’s CFast cards use the more modern SATA interface, delivering incredible transfer rates of up to 108MB/s. With the CFast card installed, users of industrial PCs or SATA 3Gb/s compatible devices will be able to store and access information at faster rates as a result of the enhanced communication between the card and its host device.

Measuring 42.8mm x 36.4mm x 3.3mm, Transcend’s CFast cards have the same physical dimensions as traditional CF cards. Featuring a combination of enhanced speed and portability, the CFast cards are designed to perform like solid state drives, and as such are extremely capable when used as bootable drives. Thanks to built-in StaticDataRefresh and EarlyRetirement technologies, the CFast cards are able to correct data errors, ensure data reliability, and extend the lifespan of their flash memory cells.