I've written about the advantages of graphics tablets before, and most recently reviewed the Wacom Bamboo line of inexpensive tablets. Today, I'm headed in the opposite direction and taking a look at the Cintiq 12wx tablet, also by Wacom.

What makes the Wacom Cintiq line different from the entry-level Bamboo and more advanced Intuos3 range is the inclusion of a touch sensitive screen. Rather than having a pad on the tablet that reads pen input while you watch your display, the Cintiq actually incorporates the display into the tablet. While it's not quite as big of a jump in control as moving from a mouse to a tablet, drawing on the screen has major advantages and does take your level of interaction and accuracy to the next level.

The Cintiq line has been around for a while now with the 21UX, a 21” display which can serve as a replacement for your current display and do double duty as a pen input display when needed. For my workspace, the 21UX didn't quite fit in - in order to draw on the screen I needed to move keyboards and the monitor around to have good access. But, it was very obvious that this type of input could be fantastic in the right environment.

So, I was very interested when Wacom recently announced the new Cintiq line which included a 20” widescreen model, the 20wsx, and the model I'm looking at for this review, the Wacom Cintiq 12wx. Here was a design that works the way I do - with the tablet on the desk right in front of me, or in my lap (the ergonomically inclined would be horrified at my normal work style I'm sure).

Support PhotographyBLOG: Buy the Wacom Cintiq 12wx from one of our affiliate retailers: 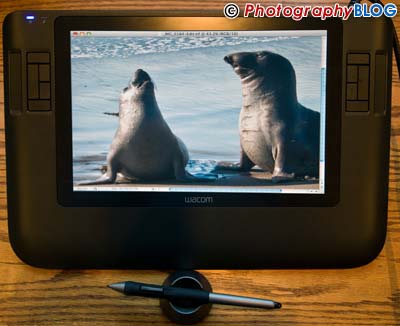 Figure 1: The Wacom Cintiq 12wx places a touch sensitive display into a normal graphics tablet that can be used on the desktop on in your lap. Drawing directly onscreen helps to improve your accuracy, especially for tricky selections and masking operations.

The Wacom Cintiq 12wx looks very much like the Intuos3 tablet, with Touch Strips and ExpressKeys on each side of the display. There are a couple of extra connections to deal with, as you need to plug this into your video card (both DVI and VGA are supported), and you need a power source (the standard tablets are USB powered). Once connected, the Cintiq 12wx gives you a 1280x800 display with 1,024 levels of pressure, and a built-in stand that can be used to set the display flat, 25, or 60 degrees. 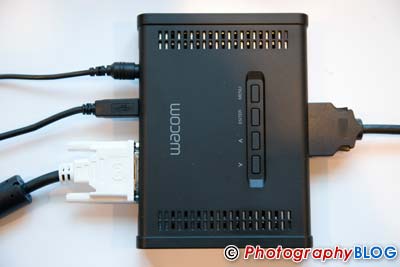 Figure 2: The Cintiq 12wx requires more connections than a standard tablet, adding a power and video cable to the standard USB connection. The video control unit also has a menu button to give you access to display options for your Cintiq, similar to a standard monitor.

Like a standard display, the Wacom Cintiq 12wx can be calibrated using normal tools like the ColorVision Spyder, Pantone huey, or X-Rite i1 Display. Color accuracy out of the box was excellent, but I was able to improve shadow detail slightly with a new calibration. 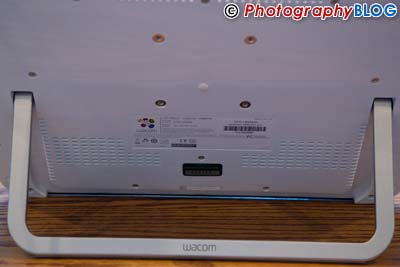 Figure 3: Although I prefer to work with the display flat on the desktop, or in my lap, the built-in stand can be used to work at a 25 or 60 degree angle

The Touch Strips and ExpressKeys are fully customizable, either globally or by application. As an example, I've programmed the right Touch Strip to zoom and the left Touch Strip to change brush size when I'm working in Photoshop, while the ExpressKeys are set to switch between brushes, act as the Alt/Option key, and the Spacebar. I find that I very seldom need to go back to the keyboard when doing normal editing. 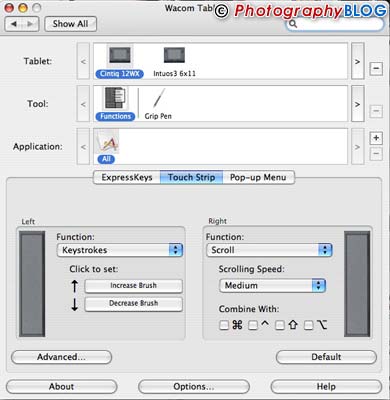 Figure 4: Both Touch Strips and ExpressKeys are fully customizable. I use the Touch Strips to zoom and change brush sizes in Photoshop, two tasks that they are ideally suited to. If I'm using a web browser, they automatically switch to scrolling the window.

Because the pen is pressure sensitive, it's very easy and intuitive to use for making selections or painting. Flipping the pen over gives you an eraser, also pressure sensitive, without having to switch to that tool in Photoshop. The pen and eraser work well in other programs as well, and if you're running Vista, Tiger, or Leopard, you'll have pen input in the operating system and applications like Word.

Users of the Intuos3 tablets will notice an extra ExpressKey on the Wacom Cintiq 12wx. By default, this is set as a display toggle. Normally, you will want to work with the pen confined to the tablet display, giving you an exact match between placement of the pen and the display. But, if you're working on multiple displays, or if you need to access something on the other display, check mail, etc, it's not convenient to put the pen down, grab a mouse and make your selections. By using the display toggle, you can activate the entire display area across both screens to make selections on your other display with the pen.

As usual, a nice software bundle is included with the Cintiq 12wx, including Photoshop Elements, Corel Painter Essentials, a special set of Nik Color Efex Pro filters, and a set of Wacom Brushes that are optimized for the pen. At this price, most buyers will already be using Photoshop, which lowers the value of the bundled software, but I've never bought a product because of the programs included.

The Wacom Cintiq 12wx is all about productivity, and here the Cintiq shines. At $999 it won't fit into everyone's budget, but if you're a pro and spend your non-shooting hours editing images, the Cintiq will pay for itself in short order. As a reviewer, I get to play with lots of fun products. Most of them go back at the end of the review without hesitation. The Wacom Cintiq 12wx is one of the rare items that comes through that has me digging out my wallet to buy.

Support PhotographyBLOG: Buy the Wacom Cintiq 12wx from one of our affiliate retailers: