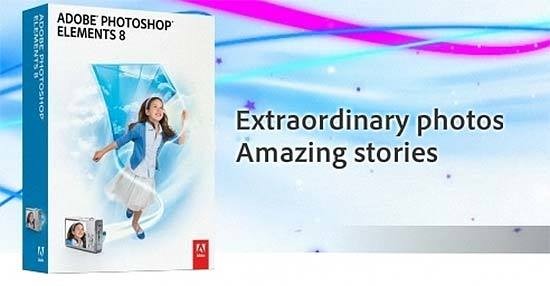 Like clockwork, you can count on seeing a new version of Photoshop Elements, the simplified sibling of Photoshop CS, every 12-18 months. Here we are in 2009 with the latest release, version 8. As usual, Adobe has increased the functionality of the program while keeping a very similar look and feel that is easier to navigate, and normally easier to accomplish your goals.

By version 8, you'd expect that most of the features that would be added to an application would already be there. While that may be true of some software categories, in photo editing, it seems there's always something new to bring to the table, and Elements 8 is no exception. With this release, Adobe adds HDR processing with Photomerge Exposure, recomposing with a new Recompose tool, face recognition options in Organizer with Auto-Analyzer and People Recognition, touch support in Windows 7, and automatic syncing of photo and video files between computers. Enhanced features include a revamped Organizer and more powerful auto adjustments for images. 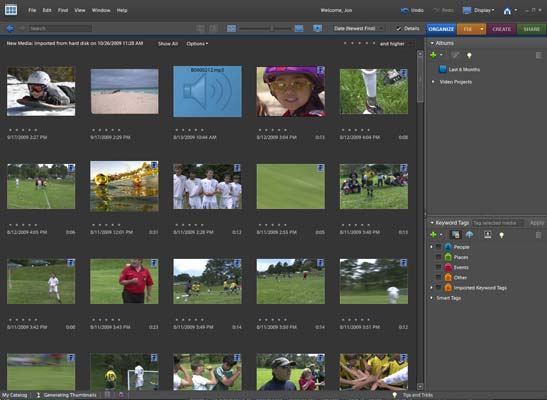 Organizer seamlessly integrates photos, video, and audio into a single browsing application to make it easier to track all your digital assets. You can open images into Elements or another selected application. 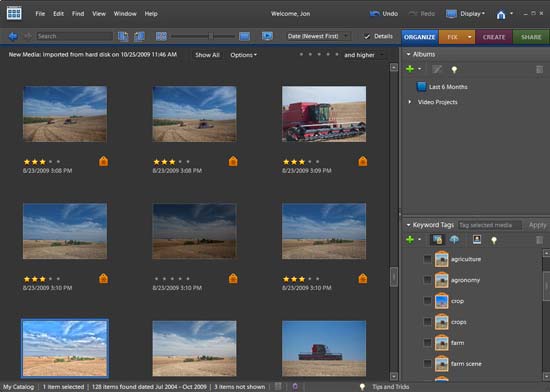 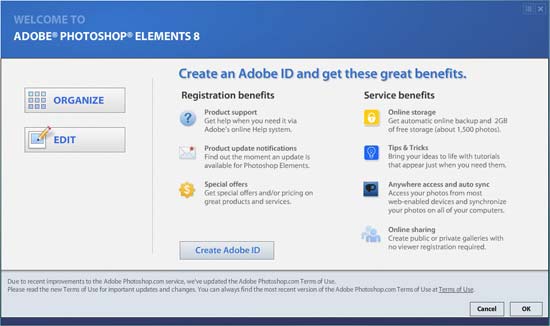 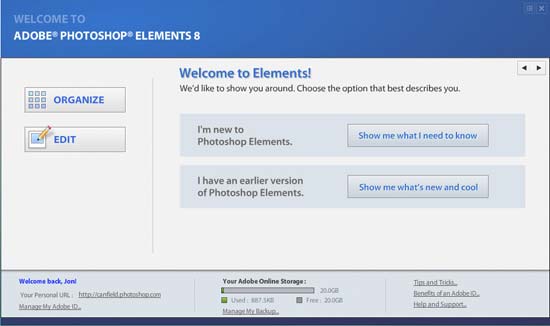 From this startup screen, you can elect to go into the Organizer, or straight to the editor.  The Organizer is laid out like previous versions, and if you're importing images or video that already have metadata assigned, Organizer will recognize that and import it if you choose (Figure 3). 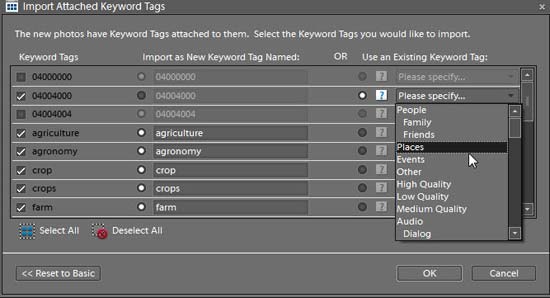 New to Organizer is the Auto-Analysis feature for finding images with faces. This isn't a fast process, especially if you're shooting RAW with large files - 128 total images took about 25 minutes on my system, so if you're running through thousands of files, I'd recommend starting this up and letting it run overnight. 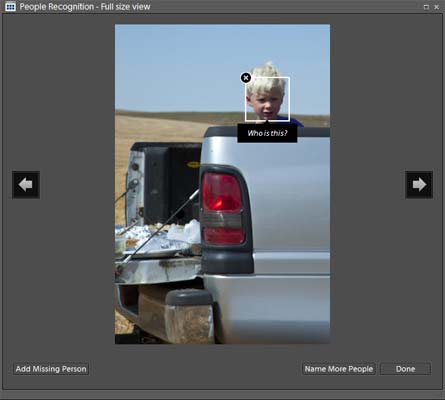 Once completed, you can tag the files with names by going through each scanned image and naming the faces. Once you've named a person, Elements will ask if subsequent matches are correct (Figure 5). 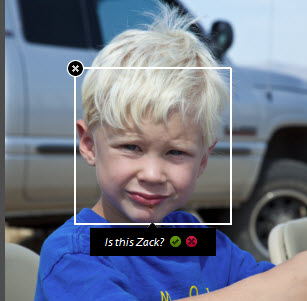 Photomerge keys into the latest fad by allowing you to capture multiple images at different exposure settings, and blend them together to create a single image with much wider dynamic range than you would otherwise be able to capture (HDR). To do this, you'll open multiple images, then select File > New > Photomerge Exposure (Figure 6). Elements will analyze the images and blend them automatically for you. 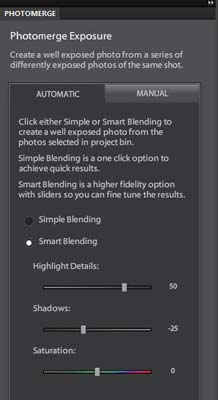 You have a couple of options in the Automatic mode, with Simple doing all the work and Smart letting you control the highlights, shadows, and saturation of the finished image. If you want total control, switching to Manual (Figure 7) expands your control over alignment, selections, and regions.

With a bit of tone mapping, you can reproduce the edgy look that identifies many HDR images (Figure 8). 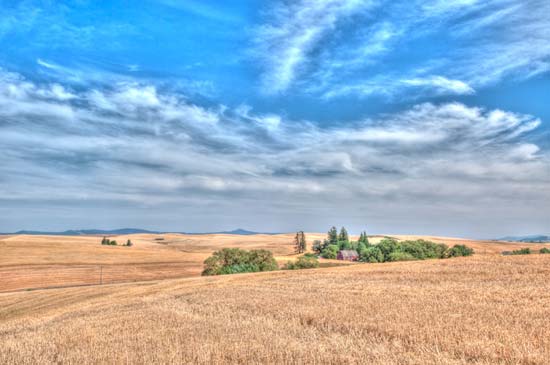 Photomerge also includes options for Faces to combine elements of one face into another, Group (Figure 9 and 10) to select the best parts of one image with another, Panorama to do the obvious - create a panoramic image, and Scene Cleaner, an option that lets you add or remove elements from one image into another to clean up areas in the final image.

Recompose is a way to intelligently modify an image to remove elements and change the positioning of elements and size of the image. In Figure 11, we have three kids running. I've highlighted the areas to protect in green, and the areas to remove in red. The selections don't need to be overly precise, so just set a brush size and paint over the areas. The finished image in Figure 12 shows the girl removed and the boys positioned closer together. 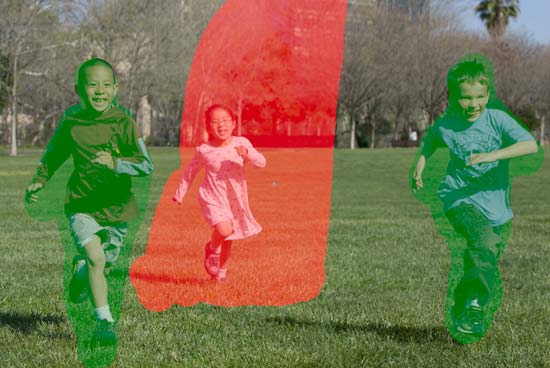 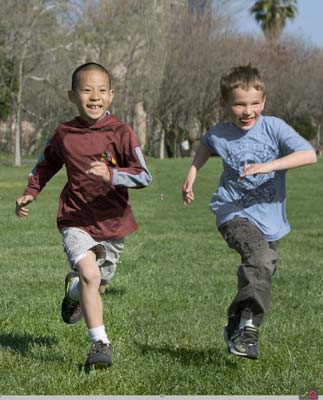