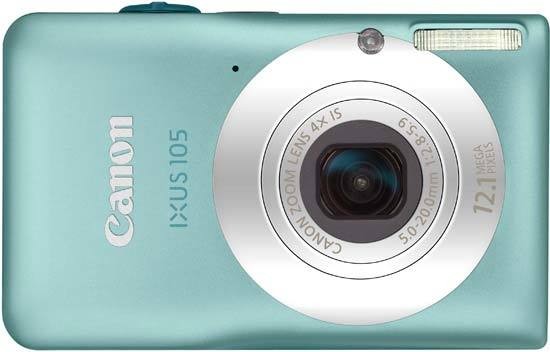 Canon cameras are noted for their reliable, consistent performance, having officially become a trusted brand in the process. That said test images from the IXUS 105 were to our eyes softer than expected - lacking a very definite 'bite' and punch when left on default settings. Once again the familiar bugbear of purple fringing is present between areas of high contrast, though it's certainly no worse than competing models and only noticeable if you're actually looking closely for it. Highlight detail can also suffer in brighter shooting conditions, something that iContrast, if it happens to be activated at the time, makes worse, resulting in a slightly washed out/faded feel to the overall image.

This is nit picking however and in general terms the image quality, though average, will be sufficient for the IXUS' target market of those wanting a portable yet stylish camera for holidays and the occasional spur-of-the-moment snap.

In terms of the camera's performance in lower light conditions, again it's pretty much what you'd expect from a point and shoot model, namely a clean bill of health up until ISO 400, detail softening at ISO 800 and noise visible across the entirety of the image at ISO 1600. Noise isn't overly 'gritty' in appearance at this top setting though, so it's an option that's usable at a push.

There are 6 ISO settings available on the Canon Digital IXUS 105. Here are some 100% crops which show the noise levels for each ISO setting.

The Canon Digital IXUS 105 handled chromatic aberrations quite well during the review, with some purple fringing present around the edges of objects in certain high-contrast situations, as shown in the examples below.

The Canon Digital IXUS 105 offers a Macro setting that allows you to focus on a subject that is 3cms away from the camera when the lens is set to wide-angle. The first image shows how close you can get to the subject (in this case a compact flash card). The second image is a 100% crop.

The flash settings on the Canon Digital IXUS 105 are Auto, Flash On, Slow Synchro, and Flash Off, with Red-eye Correction and Red-Eye Lamp settings available via the Flash Settings main menu option. These shots of a white coloured wall were taken at a distance of 1.5m.

The Canon Digital IXUS 105's maximum shutter speed is 15 seconds in the Long Shutter mode, which is good news if you're seriously interested in night photography. The shot below was taken using a shutter speed of 1/3rd second at ISO 800. I've included a 100% crop of the image to show what the quality is like. The camera takes the same amount of time again to apply noise reduction, so for example at the 5 second setting the actual exposure takes 10 seconds.