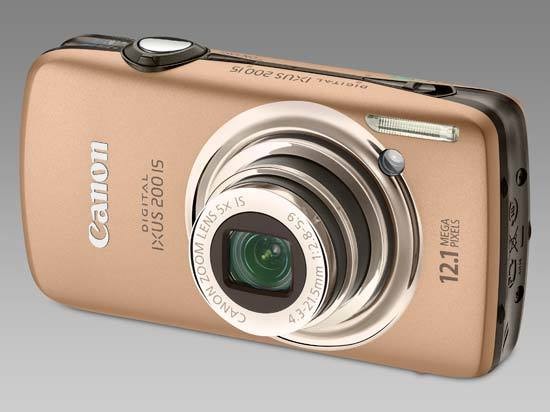 For an 'auto everything' camera the shots produced by the Canon Digital IXUS 200 IS rarely disappoint, with good exposure latitude. As with the nigh-identically specified 120 IS, left on default settings colours are rendered in naturalistic hues, and with blue skies and plenty of early autumn sunshine around we were able to achieve some pleasing results without having to dive into the 'My colours' effects settings for added vividness. Overcast days can however prove more taxing, rendering grey skies white and featureless, but overall results are what we'd expect from a similar snapshot model.

If we're being picky there is some softness towards the edges of the frame when shooting at maximum 24m equivalent wide-angle setting - but it's only really visible if you're actually looking for it.

Likewise, there is some slight evidence of pixel fringing between areas of high contrast, visible when zooming right into an image, but this is much less so than on many of its rivals. And so again in many cases users wouldn't even notice - certainly not when printing out 6x4s or regular A4 letter size.

In terms of low light performance, starting lower than most point and shoot compacts courtesy of an ISO 80 setting, the IXUS 200 IS does rather well, keeping noise at low levels until ISO 800 and delivering a relatively 'clean' shot also at ISO 1600 setting, albeit with an overall softening of detail. At top ISO 3200 setting - selected by tabbing through the scene modes - definition is beginning to ebb away and the image has taken on a watercolour effect, but since it's comparable to results we've seen at ISO 1600 from lesser models, so still a setting worth having.

There are 7 ISO settings available on the Canon Digital IXUS 200 IS. Here are some 100% crops which show the noise levels for each ISO setting.

The Canon Digital IXUS 200 IS handled chromatic aberrations very well during the review, with limited purple fringing present around the edges of objects in high-contrast situations, as shown in the examples below.

The Canon Digital IXUS 200 IS allows you to focus on a subject that is 5cms away from the camera. The first image shows how close you can get to the subject (in this case a compact flash card). The second image is a 100% crop.

The flash settings on the Canon Digital IXUS 200 IS are Auto, Manual Flash On / Off, Slow Sync Speed and Red-eye Reduction. These shots of a white coloured wall were taken at a distance of 1.5m.

The Canon Digital IXUS 200 IS's maximum shutter speed is 15 seconds, which is great news if you're seriously interested in night photography. The shot below was taken using a shutter speed of 1/15th second at ISO 800. I've included a 100% crop of the image to show what the quality is like.